The importance of having tools that can rapidly diagnose viral infectious diseases is seen with the ongoing COVID-19. Many other viruses apart from the SARS-CoV-2 virus, such as the dengue, zika, and chikungunya viruses have also become major threats to human health particularly in tropical countries, and in many parts of the world.

Without complex molecular diagnostic equipment, early diagnosis of these diseases becomes difficult as all the three viruses have similar symptoms and are transmitted by mosquitoes.

A compact, fully automatic, and an inexpensive tool capable of identifying the presence of these viruses from a blood serum sample has been developed by a team of scientists, led by Professor Min-Gon Kim from the Gwangju Institute of Science and Technology in Korea, in an effort to make the diagnosis of these mosquito-borne diseases easier and faster. This device is essentially a mini laboratory on a paper strip—vaguely reminiscent of over-the-counter pregnancy tests and the scientists named it LAMDA (stands for lab-on-paper for all-in-one molecular diagnostics). In the journal Biosensors and Bioelectronics by Elsevier, the researchers published their results.

All the steps involved in a molecular diagnostic test or a standard nucleic acid test, such as sampling, extraction, amplification, and detection of the target viral RNA, are performed by the LAMDA device without external intervention at any intermediate step. The usage of LAMDA is simple as it only requires one to place some drops of distilled water and a drop of blood serum on two pads. The liquids reach the base of a small vertical stack of layers by naturally flowing through the paper strip horizontally. All the RNA from the sample is extracted by the stack of layers and any existing viral RNA of the three diseases is multiplied.

Individual “reaction” patches, each designed to detect one of the three diseases, make up the top layer of the vertical stack. The RNA flows up to the top layer where LAMP (loop-mediated isothermal amplification) reactions cause the fluorescent indicators on a patch to become dim if its target viral RNA is present in the sample, after being extracted. In just less than an hour, LAMDA can correctly diagnose any of the three mosquito-borne diseases in this way.

According to Prof Kim, “The proposed all-in-one paper chip can become a user-friendly, portable, sensitive, low-cost, and specific nucleic acid test platform with great potential in point-of-care diagnostics, with minor modifications such as a means to detect the fluorescence change with a smartphone and a portable system to maintain reaction temperature at 65°C.”

Among countries most affected by mosquito-borne diseases, resource-limited clinics and hospitals are unfortunately common, and in such cases, LAMDA could be an excellent option. Prof Kim concludes saying, “To advance research and for the development of on-site medical diagnostic tools, we hope that our approach and achievements with LAMDA will be helpful.” 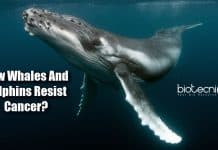