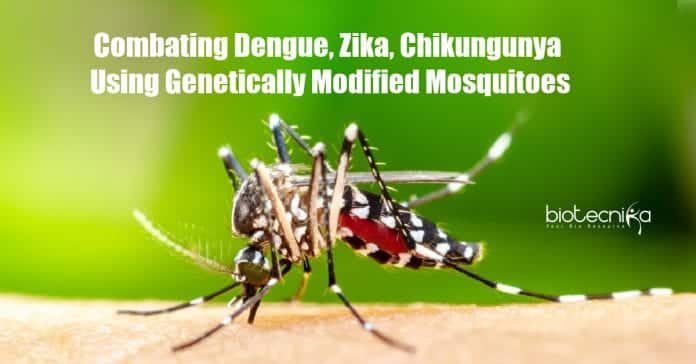 For years, scientists have scratched their heads over how to battle dangerous mosquito-borne diseases like dengue.

InnovaFeed – a French company, specialized in the production of insects to feed livestock is developing the very first industrial-level production of mosquitoes in partnership with the Australian research World Mosquito Program.

These developed mosquitoes can then be modified and sent out right into wild populaces to reduce the mosquito population.

Companies and researchers are competing to develop efficient methods for managing the blood-sucking insects’ population, as infection rates of diseases caused by mosquitoes are increasing.

Most of the time, dengue causes fever, nausea, and muscle and joint pains, however, it can end up being lethal if it attacks important body organs or provokes internal blood loss.

As there have been major outbreaks over the last few years at its overseas regions in the Indian Ocean, Pacific as well as South America, France is facing real troubles due to dengue and zika virus.

Aude Guo, co-founder of Innova said that the idea is to help cities with several million populations.

The Australian study team had to scale up previous projects due to the rise in infection rates of dengue, zika, chikungunya, and yellow fever.

World Mosquito Program came up with a project 10 years back to eliminate the transmission of viruses such as dengue to people, by genetically modifying female mosquitoes by inoculating them with a bacterium – Wolbachia.

The modified mosquitoes were released in Australia, French overseas territory of New Caledonia, Indonesia, and Brazil. An impact research study was executed on 300,000 people in Indonesia, the outcomes of the study showed that the places where modified insects were introduced had a 77% decrease in the rate of dengue infection.

The UK based Oxitec company also got approval to release its lab-modified mosquitoes in Florida.

A spokesperson for the company said that Oxitec’s modified mosquitoes are designed to suppress local wild populations of disease-spreading mosquitoes, and are safe and non-biting male mosquitoes.

A self-limiting gene is present in the modified mosquitoes, which suggests that when the modified male mosquito mate with wild females, their offspring acquire a copy of this gene, which prevents females mosquitoes from surviving to adulthood.

The firm said that a reduction in the wild pest population was observed. The company will release around 750 million genetically modified mosquitoes will be released in Florida to battle the natural mosquitoes.

Researchers caution that in the future global warming might cause major episodes of dengue, chikungunya, or zika, as mosquitoes have longer breeding periods and can survive in warm temperature levels.