The rise of artificial intelligence (AI) has led to fears that machines will eventually take over many jobs currently performed by human beings. While it is true that AI is capable of performing many tasks more efficiently than humans, it is unlikely that AI will completely replace human workers in the near future. In fact, AI is likely to create new opportunities for workers with the right skills and training. Biotech candidates should not be worried about AI taking their jobs, but they should be aware of the changing landscape of the workforce and be prepared to adapt to new technologies.

In This video, Mr. Shekhar Suman, CEO & Managing Director at Biotecnika, dives deeper into the topic and shares his insights: Change is the supreme constant in this universe. 100 years ago, we were trying to fly; 100 years later, we are flying into space. There are companies specializing in flying into space. Space travel is becoming a reality. So is artificial intelligence. So one of our subscribers in the comment section asked me this very important question. And that is, will AI, artificial intelligence, take our jobs? As a bioscientist, should I be scared? Well, let’s find

out all the pointers in this video.

In October 2017, the World Bank released its report titled “Workers in a New World: The Future of Work in 2030”. It broadly discusses the impact of digital transformation on the world of work and the challenges ahead for workers in the coming years. The report predicts that as artificial intelligence (AI), robotics, and other digital technologies continue to reshape the global economy, they will drive another wave of job disruption. Many human tasks can be automated: For example, robots can operate machines that produce goods; algorithms can process data and recognize patterns; smart electronic agents can negotiate with humans, and speech recognition software can read documents. AI and biotechnology are two disruptive technologies challenging existing business models across industries today. They have also been identified as forces that will transform labor markets by taking up more tasks previously performed by human beings. How should companies prepare now if AI becomes inevitable? Let’s take a look at future trends in this video 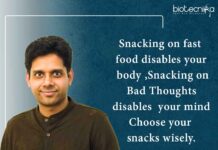 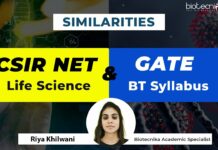