Voice of Biotecnika – Episode No 54

Often people associate big heads with big intelligence, and the world of comic books is not an exception. You might have heard of Supreme Intelligence, best known as the Supremor, which is a fictional character by Marvel Comics which has a big head. But are you aware of the fact that it is actually a genetic error that led humans to develop larger brains? Hello all, today we will be discussing the genetic error that led humans to evolve with large brains.

Paleontologists, while studying the fossil skulls and endocasts, showed one of the most dramatic transitions in human evolution, well known with the term Brain Boom. Around 8 million years ago Humans, chimps, and bonobos split from their last common ancestor. For the next few million years, the brains of early hominins did not grow much bigger than those of apes and their cousins. However around 3 million years ago, the hominin brain demonstrated a massive expansion. By the time, Homo sapiens emerged about 200,000 years ago, the size of the human brain had increased from about 350 grams to more than 1,300 grams.

The human brain has a total of 86 billion neurons where 69 billion is in the cerebellum, present at the back of the brain that performs bodily functions and movement; 16 billion are present in the cerebral cortex, the seat of our sophisticated mental talents, like thoughts, self-awareness, language, analysis and 1 billion found in the brain stem and its extensions into the core of the brain. Chimps have 6 billion while Orangutans and gorillas have 9 billion cortical neurons. Therefore of all the great apes, humans have the largest brains. In fact, it was found that humans appear to have the most cortical neurons of any species present on Earth.

To support this fact there are many theories, to name a few, the use of tools by our ancestors, the challenges in adapting to the harsh climate. Although these possibilities are captivating but difficult to test. In the past few years, scientists have started to answer the “how” of human brain expansion happened on a cellular level. Newly-discovered genes, along with DNA retrieved from extinct humans advocates for the supersize human brains. These genes are still found to be in people living today, which helps to unravel the understanding of how our species evolved. Gregory Wray, an evolutionary biologist at Duke University, threw light on the role of mutations in brain expansion.

Humans are different from other primates. The skull remains make it evident that one of the major difference is the size of our brains, due to rapid evolution around two to three million years ago in our ancestors, Australopithecine. During this time period, the human brain became almost three-fold of its current size.

Prof. Vanderhaeghen, working on the GENDEVOCORTEX project at the Flanders Institute for Biotechnology in Belgium, went on to search the genes that are responsible for the growth of human brains. It was believed that brain expansion began in our human ancestors when genes got evolved that switched on in the fetus when a lot of key brain development occurs. Therefore Prof. Vanderhaeghen searched for genes present in human fetal tissue but missing from our closest living relatives, apes. It was found that 35 hominids were present only in apes and humans – genes that were active in fetal brain tissue. They then became intrigued by three specific genes – all similar to NOTCH genes.

A group of a researcher named Haussler and his colleagues has reported, the human genome has three nearly identical copies of NOTCH2N, named as NOTCH2NL A, B, and C. It was found that the duplicate gene copies actually arose from an original copy of NOTCH2. This gene was found in the common ancestor of humans, chimpanzees, and gorillas which appeared about 10 million years ago.

Initially, the partial duplicate gene was completely non-functional. But, in the human lineage, the useless extra gene copy got “gene-corrected” wherein it used the original NOTCH2 as a template, providing the Homo with an additional working copy that was absent in other primates. This new Notch gene further got duplicated twice more within the last few million years, as evident by the fossil evidence showing that the human brain has continued to evolve and expand.

This created new proteins that likely helped our ancestors’ cerebral cortex to increase in size. The cerebral cortex is a part of the brain responsible for our language, imagination, and problem-solving abilities. Researches had found the NOTCH 2NL genes in DNA are also present in the extinct cousins of Homo sapiens’ – which are the Neanderthals and Denisovans. More so they worked on NOTCH2NL because of the importance of its ancestral gene, NOTCH2, which plays an important role in signaling processes that control the production of neurons from cortical stem cells or regeneration of more stem cells. NOTCH2NL genes slow down the differentiation of cortical stem cells into neurons, which results in the production of more neurons during development. The genes are found only in humans, which is highly expressed in neural stem cells of the human cerebral cortex. This gene is located in the genome area, implicated in neurodevelopmental disorders. Further, it was found that artificially expressing NOTCH2NL in mouse embryos increased the progenitor stem cells in the mouse cortex.

Further, a group of researchers at the University of Pennsylvania searched for genes that govern the protein of muscles, myosin. The researchers discovered a gene called MYH16, which went unrecognized due to a small mutation that had rendered it inactive so it could not produce some jaw muscles for chewing and biting. This myosin gene is still intact today in other primates, like chimpanzees and macaques, which have very strong jaw muscles. Analysis of the DNA samples reveals the presence of the gene-inactivating mutation in all modern humans, this mutation is believed to occur 2.1 million to 2.7 million years ago, which is also the time period just before the appearance of major evolutionary changes in hominid fossils. Some hominids having protruding jaws and small brains soon evolved into the first species of the genus Homo, which had significantly smaller jaws, larger brains, and modern human body size. After a point some two million years ago, Homo erectus inhabited lands far beyond Africa. Thus the mutation possibly initiated an evolutionary cascade suggestive of the decline of the strong jaw muscles which allowed the skull to form a new shape and structure, giving the brain more room to grow.

Though these genes increased our neurons it comes with its cost. The NOTCH2NL genes are very similar that even our cells get confused, due to which, the stretch of DNA where these genes are present is very unstable, that gets duplicated and deleted sometimes. These genetic upheavals can also cause developmental disorders.

So isn’t it amazing to know that accidents of evolution actually made us human? Do share your views on this.

Today's Voice of Biotecnika Is:
Dr. Violet Senapati who is a senior faculty at BioTecNika. She has a strong inclination

towards teaching and educating students. Having done her Ph. D. research on nanoparticles, She has a wide range of publications in the field of nanoparticles. Adding to her further achievements are CSIR NET and GATE qualifications and Gold Medal in Biochemistry and Chemistry. 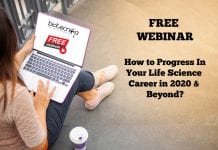 FREE Webinar : How to Progress In Your Life Science Career... 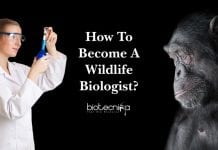 How To Become A Wildlife Biologist? – Career Path & Salary... 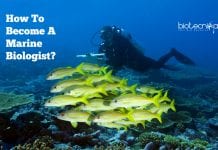 How To Become A Marine Biologist? – Eligibility, Career Path &... 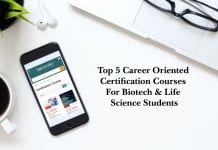