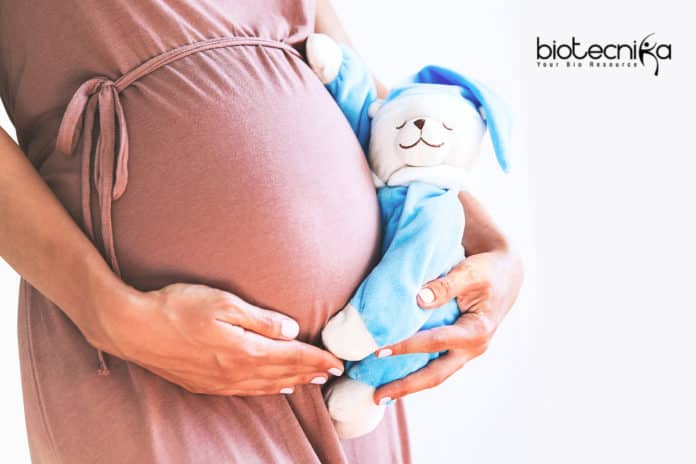 Pregnancy is surrounded by several mysterious. Among them is the communication between a mom as well as her fetus throughout this duration. A research team has managed to open the Mysteries on Mother-Baby Communication while pregnant via their mouse model study.

Earlier this week, a scientific study, published in the American Journal Of Obstetrics and Gynecology, focused on the communication means between a mother’s cells and her fetus cells during pregnancy.

Through the study, a group of scientist from the University of Texas Medical Branch at Galveston and a research team from South Korea found the mode of communication between a pregnant woman and the fetus inside her womb is “sacs filled with chemicals called exosomes”.

The scientist team also found out that there is constant communication between a pregnant woman and the fetus in her womb throughout pregnancy. The study noted that this mode of Mother and Baby communication plays a vital role even in controlling the birth timing of the child.

Ramkumar Menon, lead researcher and an associate professor in the department of obstetrics and gynecology at University of Texas Medical Branch, said in a statement that the prior studies have shown that the fetal exosomes signal to the mother’s body that her/his organs have fully matured, which triggers the labor as well as the  delivery process.

Menon said that his research team is focussing on the extent as well as the capabilities of this Mother-Baby Communication which in turn will help the team in developing new ways to support and monitor the fetus during pregnancy.

The scientist team used genetically engineered mice to unlock mysteries on Mother-Baby Communication, which had certain exosome proteins glow green and fluorescent red when tissue samples and blood are stained, for their mouse model study. The scientists viewed the samples taken then under a microscope to distinguish between maternal and the fetal exosomes.

The scientist team learned that tracking and isolating fetal exosomes traveling to the maternal side can be a useful indicator of the fetus’ development and health, which can be measured using minimally invasive maternal blood samples.

The scientist team on their study on mysteries on Mother-Baby Communication concluded that the feto-maternal and maternal-fetal trafficking and communication of exosomes is indicative of paracrine signaling during pregnancy. The exosomes from the mother can produce many functional changes in the fetal tissues. The trafficking of exosomes suggests their potential role in pregnancy as biomarkers of fetal functions as well as the usefulness as a carrier of drugs and other cargo to the fetal side during pregnancy time. The isolation and characterization of fetal exosomes can advance fetal research further without performing any invasive procedures.

Read More: Why Fetus Is Not An Antigen For Mothers Immune System

The researchers are now currently looking forward to unlocking more Mysteries on Mother-Baby Communication by having a follow-up study that can help them in finding out whether if this mode of communication between a mother and her fetus can be used to prevent premature birth.

Menon added that his team will test the usefulness of drugs enclosed in exosomes that can potentially cross the placental barrier and reach the fetus and then prevent fetal inflammation which is a major cause of preterm birth. And surprisingly there is currently no drug treatment for this. The fetal inflammatory response is primarily responsible for preterm delivery. This impacts 15 million pregnancies yearly and is also responsible for about 1 million neonatal deaths.