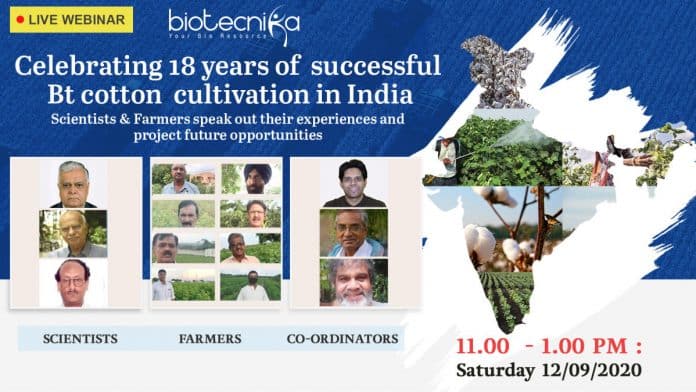 For the first time in the History of India Farmers, Scientists, and Students join hands on one single platform 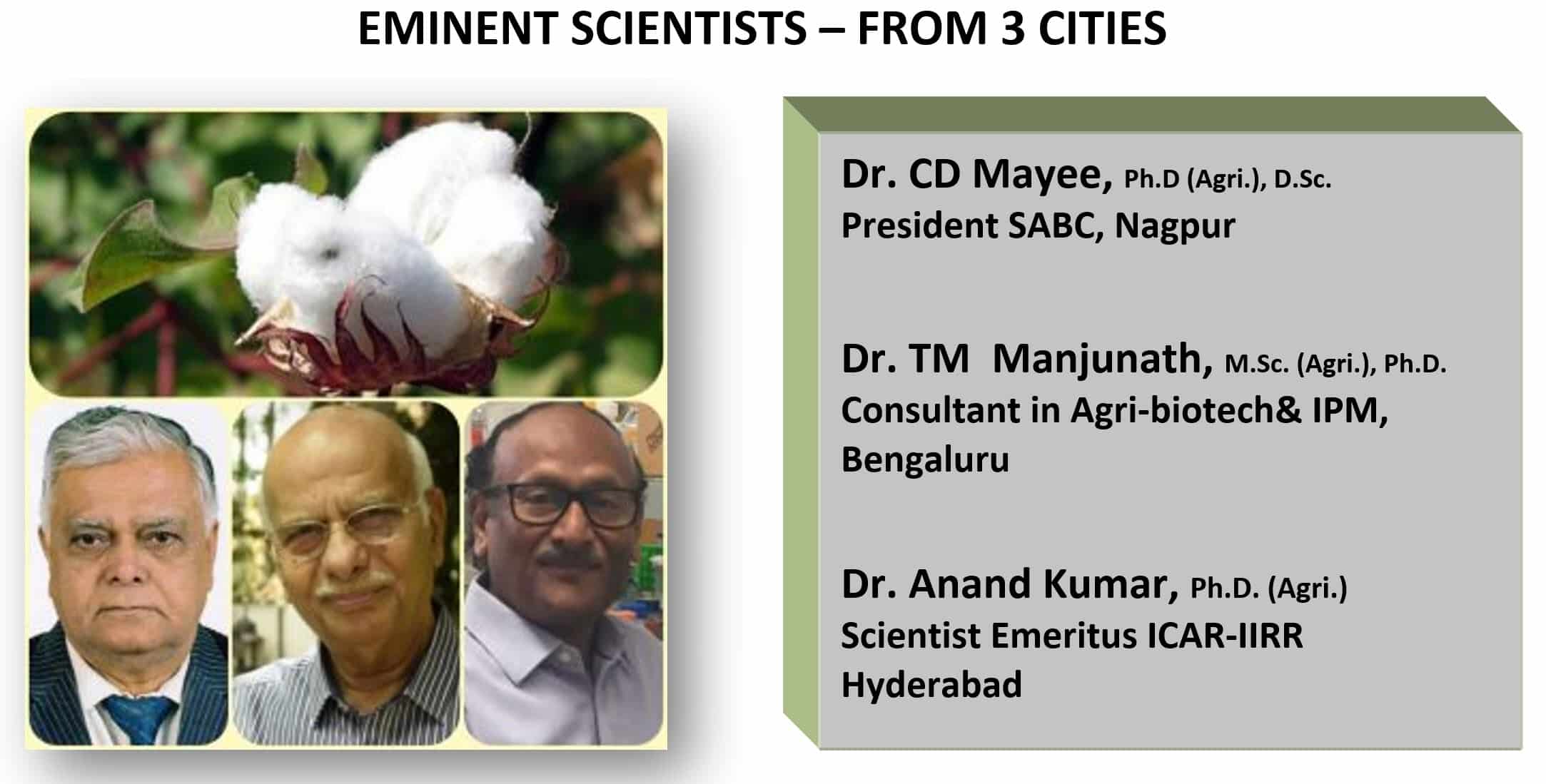 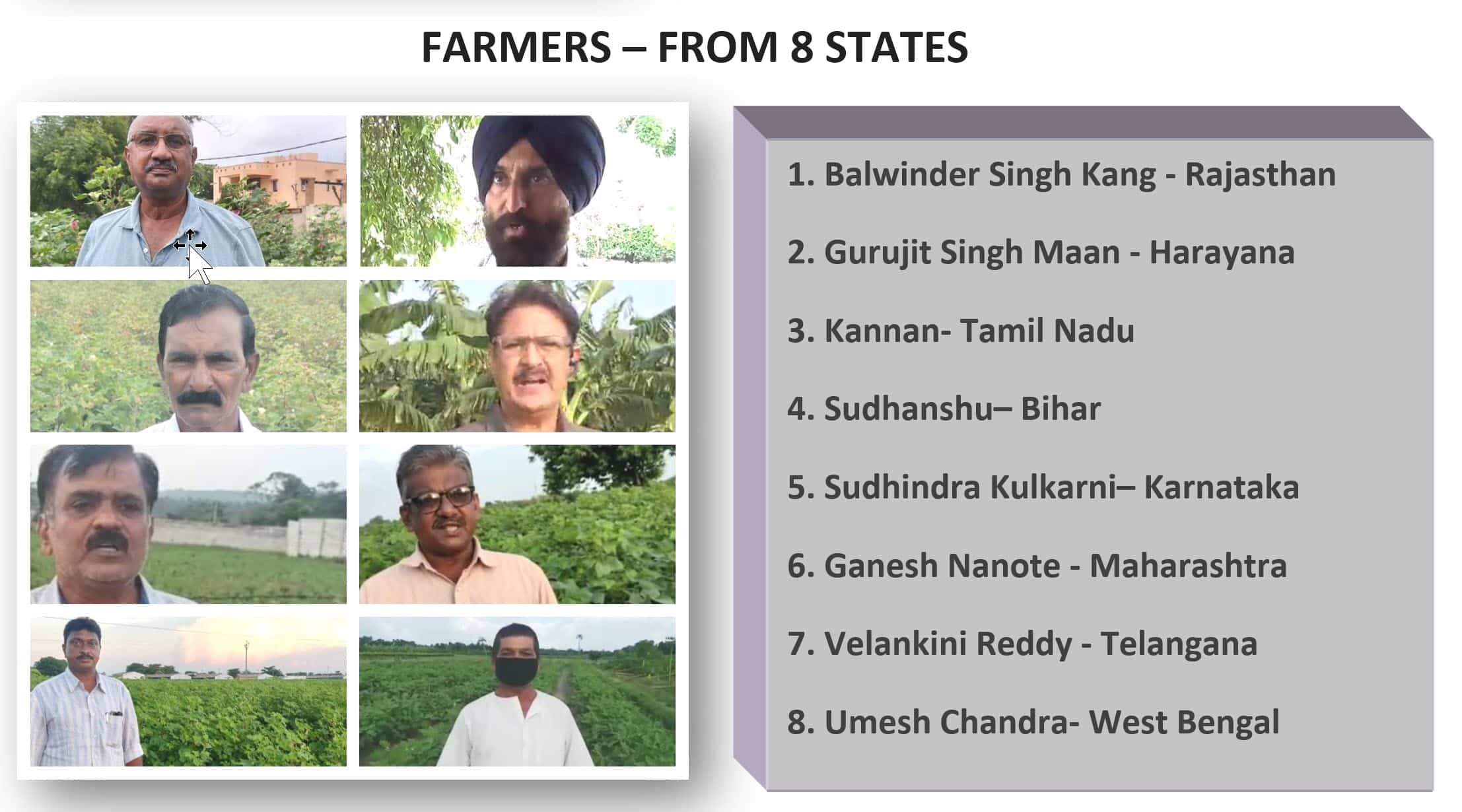 BACKGROUND: Cotton is one of the most important fibers and cash crops of India and plays a dominant role in the industrial and agricultural economy of the country. Cotton in India provides direct livelihood to the families of over 6 to 7 million farmers, and about 50-60 million people are employed in the cotton trade and its processing. Prior to the approval by Govt. of India for commercial cultivation of Bt cotton in 2002, bollworms used to cause up to 60% yield losses in spite of farmers giving 15 to 20 sprays of chemical insecticides. The main reason for failure is that the pests had developed resistance due to overuse or abuse of such insecticides. The Indian farmers readily accepted Bt cotton which is to incorporate with the genes derived from the soil bacterium, Bacillus thuringiensis, that encode insecticidal proteins specifically meant to control bollworms.

The area planted with Bt cotton in

2002-03, the first year, was about 30,000 ha of the total 7.7 m ha. It increased significantly from year to year and reached 11.8 m ha by 2019-20 that comprised about 93% of the total 12.7 m ha of the total cotton acreage in the country, an overwhelming adoption of new technology. The yield of cotton which used to be below 300 Kg/ha prior to 2002 has steadily increased and touched 566 Kg/ha in 2013-14 and always remained around 450 Kg/ha with small fluctuations. This was primarily due to effective control of bollworms ably supported by plant breeding, agronomy, improved cultivation practices, etc. Bt cotton faced severe opposition by certain groups which branded it as unsafe and not useful right from the beginning and it is continuing even now. However, it did not deter the farmers. The number of farmers who adopted this technology as of now is over 6 million reflecting their confidence in the safety and benefits of this technology. In fact, they are demanding more such new technologies.

It has been 18 years since the cultivation of Bt Cotton. The scientists and farmers have a lot of experience to share regarding the Bt cotton cultivation India; how it evolved during these years, how its introduction changed India, what is the science behind the safety and success of Bt cotton, and what are the future opportunities in this field.

Biotecnika, in partnership with Pro Agri Science Forum (PASF), is providing an opportunity for scientists and farmers to speak out their experiences of Bt cotton cultivation during the last 18 years through a webinar so as to enable everyone to know the science, evolution, safety, benefits, limitations, and future of Bt cotton cultivation straight from them.

All Bsc / Btech / Msc/ Mtech / Ph.D. candidates from life science and any science enthusiast who would like to learn more about Bt cotton cultivation in India can attend.

Fill out the registration form below. 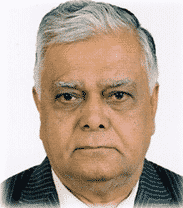 Dr. Mayee, President of South Asia Biotechnology Center, Nagpur obtained his PhD in Plant Pathology from the Indian Agricultural Research Institute (IARI), New Delhi. Later, for 30 years, he worked in various capacities in various institutes. He was the professor and head of plant pathology in Vasantrao Naik Marathwada Agricultural University (MAU), Parbhani, from 1975 to 1996. He was also the Vice-Chancellor of MAU from 1997 to 2000. Later he held the post of Director in Central Institute for Cotton Research, Nagpur for three years. He was retired as the Chairman of the Agricultural Scientists Recruitment Board (ASRB), Government of India in 2011. He has extensively contributed to crop disease epidemiology, management of oilseeds, millets, and vegetables. He conducted mega-demos on 500 acres on high input drip irrigation and fertigation technology in cotton, led the most successful “ASHTA PROJECT” on low input technology in cotton, was associated with the release of Bt cotton as a key member of evaluation, and was also a member of GEAC apex body. 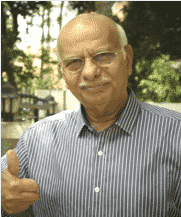 Dr. TM Manjunath, one of the eminent speakers in Biotecnika’s webinar on Bt cotton, is an entomologist and consultant in Agri-Biotechnology and Integrated Pest Management. He obtained his Ph.D. in agricultural entomology from the University of Agricultural Sciences, Bangalore. He has worked as an entomologist in the Commonwealth Institute of Biological Control (1961-76) and then at the University of Agricultural Sciences, Bangalore (1976-81). Later, he held the position of Vice President at Bio-Control Research Laboratories of PCI from 1981 to1997. Subsequently, he served as the Director of Monsanto Research Centre, Bangalore from 1998 until his superannuation in 2004. With over five decades of research and executive experience, he made pioneering contributions in the areas of biological control, integrated pest management, and insect-resistant genetically modified crops with special reference to Bt cotton. He was a key member of the Monsanto-Mahyco team responsible for the successful introduction and stewardship of Bt cotton, the first and one and only GM crop approved in India since 2002. He served as a member of various expert technical committees constituted by FAO, WHO, ICAR, DBT, state governments, and universities. 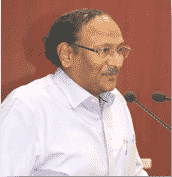 Dr. Kumar, who was the Director of the National Research Centre for Plant Biotechnology, New Delhi, and the Director of Institute of Biotechnology, ANGRAU, Hyderabad, obtained his PhD from the Indian Agricultural Research Institute, New Delhi in Plant Physiology. After working as a Humboldt Fellow at the University of Hannover, he moved to Biotechnology Centre, IARI. His contributions include in the areas of Bt biology vis-à-vis entomology, biochemistry, gene prospecting, gene construction, biophysics, and transgenic plants. He is specialized in the development of Bt-transgenic Brinjal, Tomato, and Pigeonpea and in functional genomics of cotton, brinjal, flax, and rice. He is also a member, of GEAC, RCGM, MEC, and several other committees in the departments of the government of India.

Get Aazadi from these 5 Obstacles in CSIR NET & GATE Exam – REGISTER, It’s FREE! 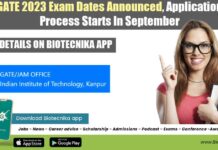