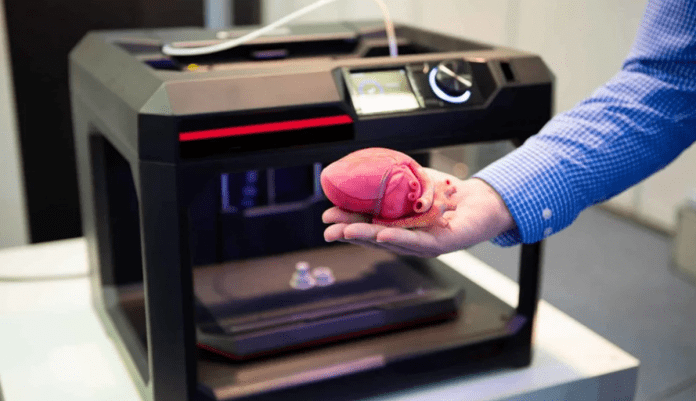 Functional Replica of Human Organs at Almost One Millionth The Size

Researchers have produced a human ‘body-on-a-chip’ having numerous living tissues at a microscopic scale. Small and simplified organs grown in the laboratory are known as organoids which can possibly make drug research and development a much quicker procedure.
The replica of human organs is called one of the most advanced lab models of the human body yet, and also it could prove very useful in working out the feasible dangers as well as benefits of medicines prior to its use on actual people.
The small organoids are around one-millionth the size of their organic counterparts and are successfully a testbed for scientists aiming to develop medicines and fight disease. It’s the most recent in a lengthy collection of advancements in being able to develop minute models of body parts in the laboratory.
Comparable set-ups of interconnected organoids have been utilized to properly replicate findings on drugs discovered to be too harmful to continue to be on the marketplace; the approach can catch problems that are not identified in tests executed on cells cultured in Petri dishes or in animal testing.
The advanced scaled-up variation introduces more organ models, boosting the possibilities of capturing harmful side effects.
Thomas Shupe, the medical scientist from the Wake Forest Institute for Regenerative Medicine (WFIRM) claims that “Developing microscopic human organs for drug testing was a logical expansion of the research work we have completed in constructing human-scale body organs.
“Most of the same innovations we have developed at the human-scale level consisting of the native environment for the cells to live in also showed outstanding outcomes at the microscopic level.”
Thomas Shupe and his coworkers used what they describe as a “toolbox of biofabrication techniques” to develop the miniature organs, that include depictions of the human brain, heart, colon, lungs, liver, vasculature, and testis.

Each organoid is started with a tiny sample of stem cells and human tissue cells, which are then engineered into small body organs with a shelf life of a minimum of 28 days. They mimic a lot of the features of the real organ they’re replicating and can include fibroblasts of connective tissue, immune cells, and capillary cells.

Six of the scaled-down body organs were set up in close proximity to represent a simplified human body, enabling the scientists to see how different parts of our anatomy might react in combination when certain medicines are applied. That can be an invaluable understanding.

“We knew at an early stage that we needed to include all of the major cell types that existed in the original body organ,” states biomedical engineer Aleks Skardal, from Ohio State University. “In order to model the body’s different reactions to hazardous compounds, we had to include every cell type that produces these reactions.”

The organoids produced by the team can offer 3D life to tests that would have previously accompanied using 2D tissue samples, supplying specialists with an extra detailed as well as a sensible idea of the effects that a certain drug can have.

With just an approximated 1 in 5,000 drugs making it from preclinical tests to the marketplace, there’s lots of extent for the process of drug advancement to be extra efficient and safer.

If realistic human simulations such as this super-small organoid-based one can be more fully established, we could get new drugs quicker, at a lower cost, and without as much (or any kind of) need for animal testing.

Anthony Atala, the urologist, from WFIRM said:” The most important use of human organ tissue system is the ability to determine at a very early stage in development whether or not a drug is toxic to humans and its potential use in personalized medicine.”

“Removing out the problematic drugs in the early stage of  the development or therapy process can actually save lives and billions of dollars.”

The research functional replica of human organs has been published in Biofabrication.