Home Biotech News Plants May Create their Own Fertilizers, Discovery By Indian-Origin Researchers in the... Soon Plants May Create their Own Fertilizers From Air

Crops and plants use nitrogen fertilizers to convert sunlight into sugars. In other words, nitrogen keeps the crops fresh and alive. However, nitrogen has many disadvantages, primarily for our environment.

A team of Indian-origin researchers from Washington University has engineered a new fertilizer.

Researchers claim that we may soon be able to engineer plants that create their own fertilizer. They’ll do so using nitrogen from the Earth’s atmosphere. Then, they’ll create chlorophyll in the process of photosynthesis. The bacterium, named Cyanothece, utilizes photosynthesis for producing oxygen in the daytime and uses nitrogen to produce chlorophyll for photosynthesis at night. Journal mBio published this discovery, which may put an end to some or maybe, all human-made fertilizers. It will put a positive effect on agriculture and the health of our planet earth.

The Earth’s atmosphere is the richest and safest source of nitrogen!

Researchers say that the Earth’s atmosphere is over 78 percent nitrogen. Led by Himadri Pakrasi and Maitrayee Bhattacharyya-Pakrasi, the team has engineered a bacterium that uses the atmospheric gas. The Cyanothece bacteria will help engineer plants that will fulfill their nitrogen requirement themselves from the atmosphere. The bacteria can fix nitrogen because it shares something common with human beings.

Cyanothece photosynthesize changes the sunlight to the chemical energy during the day. The chemical energy produced is then consumed as fuel. It removes oxygen created during photosynthesis through respiration and fixes nitrogen at night. The team planned to put the genes from Cyanothece into cyanobacteria, Synechocystis to overcome the limitation bug into fixing nitrogen from the air. They worked on the telltale circadian rhythm to find the right genes’ series.

The team is now working to narrow down further the genes’ subset required for nitrogen fixation. They’ll collaborate with other plant scientists to succeed with the concept of nitrogen-fixing plants.

Crops that use nitrogen from the thin air will be extremely effective for farmers as well as the environment. It will free up time for subsistence farmers who once spent hours spreading fertilizers manually in the fields.

The proper implementation of this revolutionary bacterium seems to be a surefire way to eliminate harmful fertilizers. 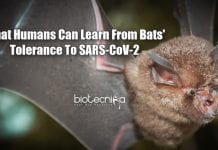 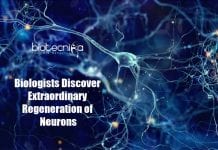 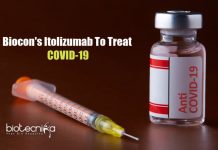