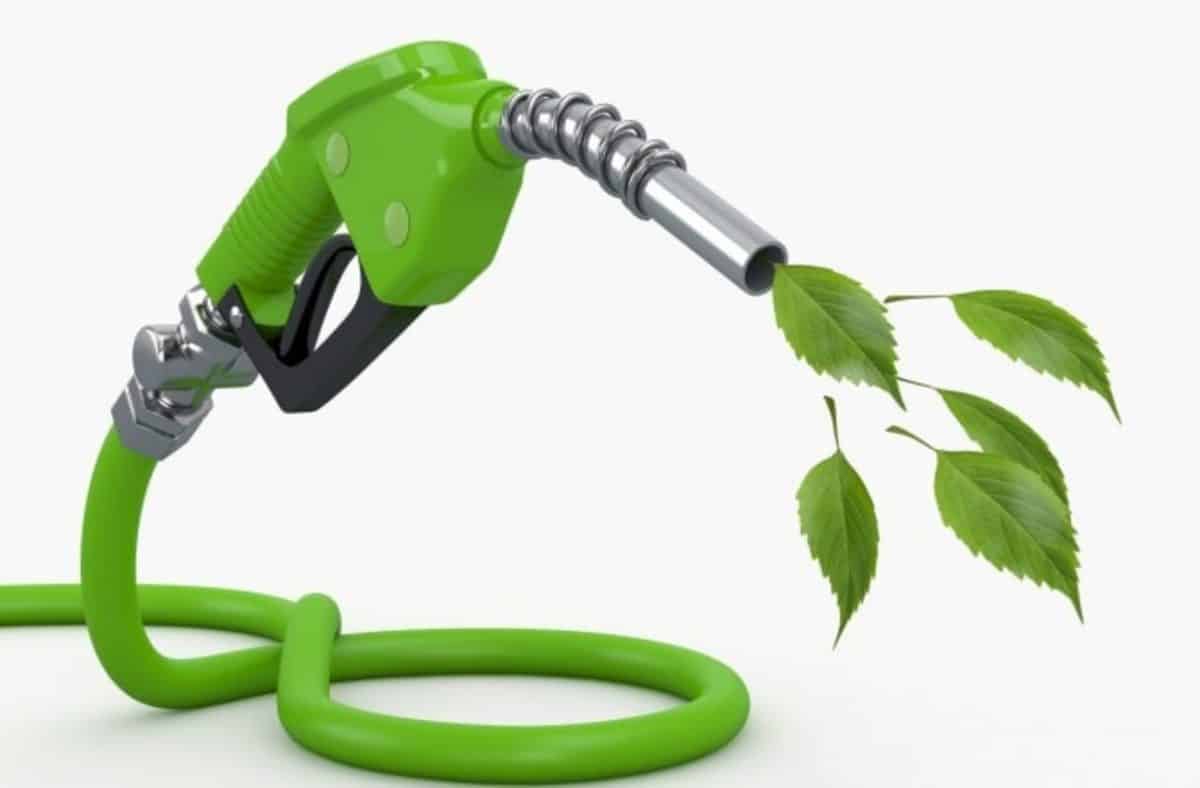 Carbon dioxide has emerged as a secret ingredient in the recipe for making ethanol, and that addition represents a major step forward in streamlining the biofuel production process. The innovation comes from researchers at the Department of Energy’s Lawrence Berkeley National Laboratory (Berkeley Lab) and Sandia National Laboratories (Sandia) working at the Joint BioEnergy Institute (JBEI). The scientists have demonstrated that adding carbon dioxide (CO2) gas during the deconstruction phase of biofuel production successfully neutralized the toxicity of ionic liquids, the room-temperature molten salt solvent used at JBEI to break down cellulosic plant material. Moreover, the process is easily reversible, allowing the liquid to be recycled for use as a solvent again.

Using carbon dioxide as a reversible method of controlling pH eliminates the need for separation and purification of the liquid after biomass pretreatment and before two other major steps used in biofuel production – saccharification and fermentation.

The study, published online this month in the journal Energy and Environmental Sciences, addresses a significant obstacle to expanding the market for biofuels: lowering the cost of production. “Pretreatment is the most expensive part of the biofuels production process,” said study corresponding author Seema Singh, director of Biomass Pretreatment at JBEI, a DOE Bioenergy Research Center led by Berkeley Lab. “If you count the whole production cycle, pretreatment is second only to the cost of growing and obtaining the feedstock itself.”

According to a preliminary economic analysis reported in the study, a CO2-enhanced process could lower production costs by 50 to 65 percent compared with conventional ionic liquid-based pretreatment methods.

Much of the appeal of using carbon dioxide gas to neutralize the ionic liquid is the ease with which the technique can be integrated into existing industrial operations. This solution is also relatively non-toxic compared to other common industrial gases or pH-adjustment techniques. “The application and removal of pressurized gas in an industrial setting are things we’ve been doing for more than a century,” said study senior author Blake Simmons, chief science and technology officer and vice president for Deconstruction at JBEI. “This technique fits into an already robust and reliable industrial system.”

The ionic liquids used for pretreatment at JBEI are typically highly alkaline and must be washed away so that they do not interfere with the enzymes and microbes used in the latter stages of biofuels production. The enzymes are needed to release the sugars from the slurry of cellulose and hemicellulose after pretreatment, a step called saccharification. The bacteria’s job is to convert that sugar to churn out biofuel, a step called fermentation.

The study authors pointed out that microbes generate carbon dioxide as a byproduct of fermentation, so harnessing that gas for use in the pretreatment phase leads to an even greener source of energy. “Incorporating gaseous CO2 in this process means there’s no need for a neutralization step, and the pH can be switched on a dime by the addition or release of CO2,” said Simmons, who is also the division director for Biological Systems and Engineering at Berkeley Lab’s Biosciences Area. “When the pH adjustment is reversible, it makes the overall process more efficient because you can repeat the pretreatment cycle several times. And it costs less because now you can do everything in one reactor instead of three.”

For several decades, researchers have been working to reduce the amount of energy and handling needed for each stage of this process. Some focus on engineering enzymes and bacteria so that they can withstand the exposure to ionic liquids, while this study focuses on neutralizing the ionic liquid so it won’t harm the enzymes and microbes.

“We are continuing to simplify biofuels production, and there are many ways to do this,” said Simmons. “Our mission at JBEI is to conduct innovative science to develop multiple solutions for bioenergy development that industry can pick from, depending upon which works best for their business model. We’re not creating a silver bullet. We’re creating a silver shotgun.”

The researchers turned to carbon dioxide knowing that when the gas is absorbed, the resulting chemical reactions with water increases the liquid’s acidity. (The same principal is at work in the world’s oceans, which have become increasingly acidic with the increased seawater absorption of carbon dioxide from the atmosphere.)

Applying up to 145 pounds per square inch of carbon dioxide to the system shifted the pH to a range that was optimal for the enzymes and microbes. This enabled the researchers to get more than 83 percent of the theoretical yield of ethanol from the glucose initially present in biomass.

The researchers said that this process could soon be ready for implementation in ethanol production. “There are many challenges left, but we’re very proud of how quickly this line of research has progressed,” said Singh. The next steps are to adapt this to the production of “drop-in” advanced biofuels that can directly replace blendstock for today’s automotive, diesel and aviation fuels, the researchers said.