Home Biotech News From Miracles to Breakthroughs in Bio-science, the Year 2017 in Review From Miracles to Breakthroughs in Bio-science, the Year 2017 in Review

From exciting breakthroughs to scientists weaving magic, rendering medicine’s future bright, 2017 has been a whirlwind of a year.

Here, we present the most impactful and delightful science highlights that shaped 2017.

A global threat, the word “Cancer” now instils more fear than death itself. In a major milestone, the TGA, Australia, approved Venetoclax early last year; a drug that melts off cancer cells for the treatment of patients with stage-four leukaemia. The promising drug has over 80% of patients who received the treatment responding terrifically well with 20% in full remission. 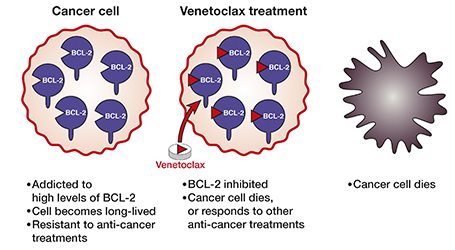 A new bacterium, entirely unknown to human species was discovered on the International Space Station (ISS) and was named Solibacillus kalamii to honour the late president. The tiny hitchhiker was found on the ISS’s HEPA filter, remaining onboard for about 40 months before being discovered by senior research scientist Kasthuri Venkateswaran.

Oper Technology, a Hong Kong biotechnology start-up, has pioneered what it claims is a world first in stem cell treatment that it says could potentially help millions of patients suffering from Alzheimer’s and Parkinson’s diseases. The Hong Kong Baptist University spin-off harvests neural stem cells from the brains of live subjects using specially developed nanoparticles. 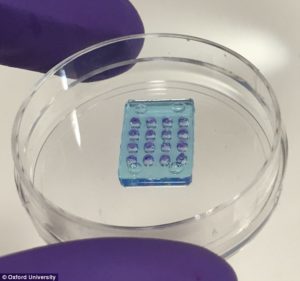 tissue, which they hope could be used to develop a new generation of less-invasive bionic eye implants in the future. Despite the success of previous artificial retinas, the researchers suggested that a soft, water-based prototype like theirs would be less likely to have an adverse reaction when implanted in the eye than mechanical devices incorporating rigid, unyielding materials.

Team of chemists at the Brookhaven National Laboratory and Virginia Tech designed two supramolecules with multiple light absorbers so as to “fuel” the one of nature’s most efficient phenomena. The researchers have opened up the possibility of designing even more effective molecular systems for artificial photosynthesis. Tiny US biotech PolarityTE, breaking traditional regenerative medicines path, demonstrated the first successful regeneration of full-thickness skin in swine models with third-degree burns. The use of therapy resulted in scar-less healing, growth of hair follicles, complete wound coverage and the progressive regeneration of all skin layers. The biotech has now advanced to human trials with its ground-breaking therapy.

Nicknamed “The Organoid Architect”, Hans Clevers, director of the Hubrecht Institute developed life-altering, lab-grown Organoids or “mini-organs” with the help of a mother cell in the gut that can give birth to all other intestinal cells that he identified decades ago.  It was the start of a revolution. Clevers and others have since grown organoids from many other organs, including the stomach, pancreas, brain, and liver.

Scientists have long been able to make specific changes in the DNA code. But earlier this year, scientists at the New York University were able to take a more radical step of starting over, and building redesigned life forms from scratch. They managed to rewrite 12 million letters-contained Yeast Genome- despite the various ethical, legal and social issues surrounding their work.

For the first time in the country, Scientists were able to successfully edit the DNA of viable human embryos using the powerful gene-editing tool CRISPR; thereby enabling future attempts to prevent babies from being born with incurable diseases or disabilities. Although marred by various issues and controversies, this leap in medical research is undeniably profound.

Scientists at the University of California and the Salk Institute report the development and application of new electron microscopic imaging tools and a special stain for DNA to visualize the 3D structure of chromatin, through which they were able to visualize how cancer proteins lead to disease. They are now developing additional labels that can be combined with this unique technique in order to help visualize the structural basis of gene silencing and how viral and cancer proteins remodel DNA to drive pathological replication

For the first time in the UK, scientists edited human embryos to discover a “master gene” for fertility that underpins successful pregnancies. In addition to this discovery’s potential for more successful IVF, the discovery heralds a transformation in understanding the fundamental causes of infertility and miscarriage.

12. A triple Threat for HIV: Lab-Designed Antibody that Fights 99% of HIV Strains

Scientists engineered trispecific antibodies that allow a single molecule to interact with three independent HIV-1 envelope determinants. They are more potent and have greater breadth than any single naturally occurring antibody that’s been discovered; attributable to which they are capable of a 99% coverage at very low concentrations- a truly impressive degree of protection.

Delivered directly to the inner ear hair cells of mice, CRISPR was found to prevent hearing loss in animal model of genetic progressive deafness. The work represents the first time that a genome-editing protein has been ferried directly into the relevant cells to halt progression of genetic hearing loss. At as less as eight weeks, the treatment-administered mice were found to respond to loud noises.

Indian researchers from the Department of Biotechnology, IISc Bangalore were able to develop an effective cancer drug. The drug, Disarib, was found to be far superior in comparison to its FDA-approved counterpart. And soon, cancer biologists, chemists, clinicians, and other experts in the field will be pooling in their expertise to carry out the pre-clinical tests of the drug. 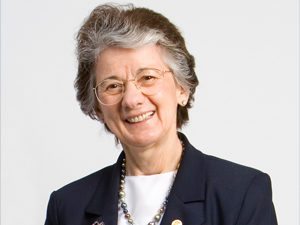 The 2017 edition of the International Prize for Biology was received by Dr. Rita Colwell of the University of Maryland. A fabulous, multifaceted personality whose work has had tremendous influence in the fields of microbiology and medicine, Ms. Colwell is the 33rd recipient of the prestigious award given annually.

Science is inherently optimistic is it not?