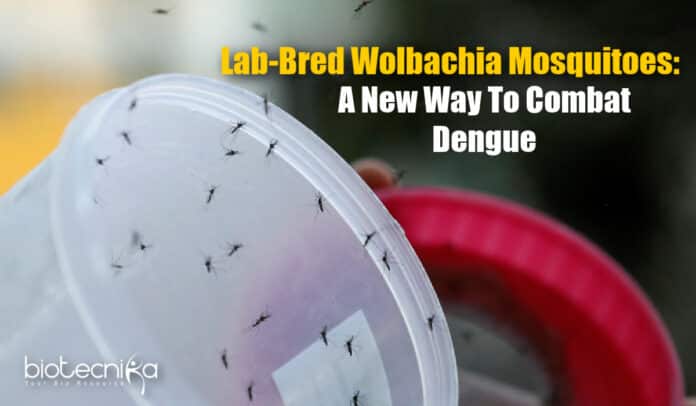 Indonesian scientists have discovered a means to combat mosquito-borne diseases like dengue by multiplying a species of insect carrying a particular bacteria that prevents viral replications.

Wolbachia is a prevalent bacteria that are naturally present in 60% of insect species, including few butterflies, dragonflies, moths, fruit flies, and mosquitoes. Nonetheless, it does not occur in dengue-bearing Aedes aegypti mosquitoes, based on the research by the non-profit WMP (World Mosquito Program), which promoted the study.

Ever since 2017, the collaborative research by WMP at Gadjah Mada University, Indonesia & Monash University, Australia has been letting out the lab-bred Wolbachia mosquitoes in Yogyakarta, Indonesia, particularly in some dengue fever red zones.

The study findings were published in the journal, NEJM (New England Journal of Medicine) in June. This study demonstrated that releasing Wolbachia mosquitoes lowered hospitalization by around 86% and the incidence of dengue infection by around

Congratulations to Adi Utarini, named one of the #TIME100. Adi co-led WMP’s breakthrough trial in #Yogyakarta, providing compelling evidence that our method works. Check out the tribute to Adi in the words of @melindagates in the link!#ReleasingHope https://t.co/90bKnbzquq

Adi Utarini, who has been working for the Eliminate Dengue Program, Indonesia since 2011 and the main researcher of WMP informed Reuters that they are confident about this technology, specifically for regions where the Aedes aegypti mosquito is the major factor responsible for the infection.

Based on WHO (World Health Organization), worldwide dengue has increased tremendously in past decades, with around half of the global population currently at risk. Approximately 100 to 400 million cases are reported annually.

Sri-Purwaningsih, a 62-year old, whose family participated in the WMP program claimed that all 3 children have been tested positive for dengue & hospitalized. It is always on Purwaningsih’s mind, pondering about how to keep the village clean and healthy.