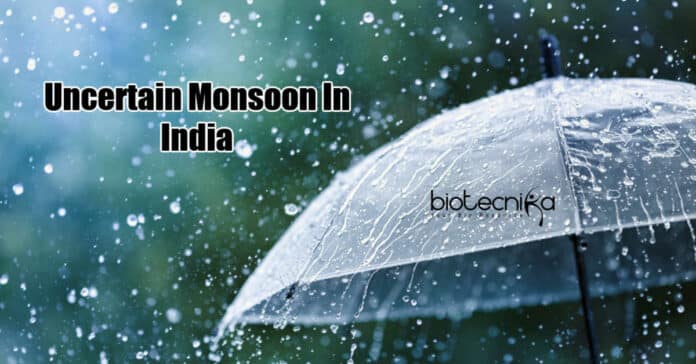 The Indian Monsoon Pattern has changed noticeably. With September receiving the most rainfall, it has replaced the wettest month, ‘August.’ Even though 2021 has been reported as a “Normal Monsoon Year,” variations in rainfall patterns are warning signs of extreme weather events in the future. Agriculture, which accounts for 11% of GDP, has become a victim of the Erratic Monsoon. Farmers may need to prepare for Rain Variations. The number of days without rain and heavy rain increased and the moderate rainy days required for agriculture decreased.

In terms of Rainfall Patterns, September has replaced ‘August.’ Yet, it is still too early to draw any conclusions about variations in weather patterns of Monsoons in India. Climate change has had some noticeable effects in India, as temperatures have risen. Severe weather events will become more prevalent in India as extreme weather has begun.

Extremely intense rainfall events in the

last 2 monsoon periods may have caused the perception that India’s summer monsoon rainfall has raised, however, it has actually declined by 6% over the past 60 years, according to an Indian government and international climate change assessment. These estimates predict that the summer monsoon in 2021, though “normal”, is characterized by a series of localized extreme rainfall episodes and exhibits variability in rainfall dispersal patterns, both of which will only rise in the future.