Scientists from the University of Illinois Chicago have devised a novel gene-editing method that enables the programming of sequential edits or cuts with time.

CRISPR is a gene-editing tool that allows scientists to modify the DNA sequences in cells and occasionally attach a desired gene or sequence. It utilizes an enzyme referred to as Cas9 that works similar to scissors to cut accurately at a desired position in the DNA. After a cut is made, the methods in which cells repair the DNA break can be affected to cause various modifications or edits to the DNA sequence.

It was in the early 2010s when the discovery of the gene-editing capacities of the CRISPR system was explained. Within a couple of years, researchers became rapt with the comfort of guiding CRISPR to target nearly any type of DNA sequence in a cell or to target several distinct sites in a cell in just one experiment.

Associate prof Bradley Merrill, biochemistry and molecular genetics, College of Medicine, UIC, and lead author of the study stated that a disadvantage of presently available CRISPR-based editing systems is that all the cuts or edits are made simultaneously. There is no other means to guide them to make sure that they occur in a sequential manner, one after the other.

Merrill and his colleagues’ new method includes using unique molecules known as guide RNA that shuttle the Cas9 enzyme within the cell and identify the exact DNA sequence at which Cas9 will cut. They describe their specifically engineered guide RNA molecules “proGuides,” and molecules enable the programmed sequential editing of DNA with Cas9.

The outcomes of the study are issued in the journal Molecular Cell.

ProGuide is yet in the prototype stage, however, Merrill and co-workers intend to establish their idea and wish that scientists will certainly be able to use the approach someday.

Merrill stated that the ability to preprogram the sequential activation of Cas9 at various sites presents a novel device for biological research and genetic modification. The time factor is a crucial component of human development and also disease development, yet existing techniques to genetically examine these procedures do not work successfully with the time element. Their system enables gene editing in a pre-programmed manner, allowing scientists to much better examine time-sensitive procedures such as how cancer originates from a couple of gene anomalies and how the order in which those anomalies take place might influence the disease.

The study was backed by the UIC Center for Clinical and Translational Sciences, and NIH. 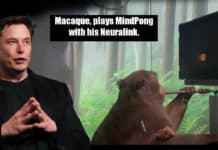 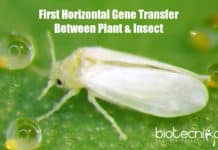