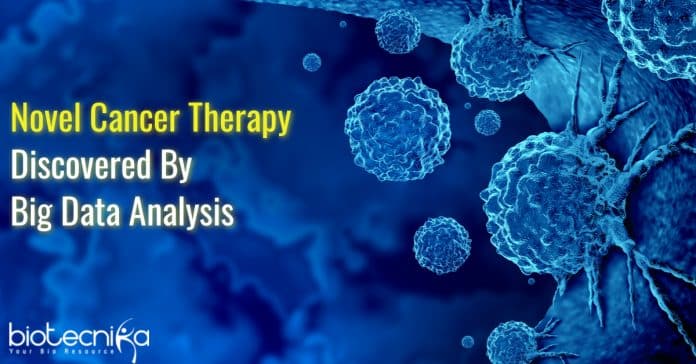 Cancer has made us aware of hundreds of genetic anomalies. However, scholars have revealed 112 subtypes that cancerous cell growth can be classified into, with essentially identical master regulator proteins that regulate the transcriptional condition of cancer. For this, 10,000 patients were examined, and the results were regardless of their individual characteristic genetic mutations. The journal Cell published this study by the scientists Mariano Alverez (Ph.D.) and Dr. Cory Abate-Shen (Ph.D.) from Herbert Irving Comprehensive Cancer Center and Vagelos College of Physicians and Surgeons from Columbia University.

The master regulator proteins contribute to broadening the portion of patients that might react to similar therapies by implementing a particular tumor subtype’s transcriptional condition. These entities incorporate the impact of mutations that are patient-specific as well as different. Called MR-blocks, these 24 master regulator proteins control tumor cell survival and include just a few such proteins’ concerted efforts. This novel cancer therapy study of all cancer types with hundreds of tumors leads to seeking novel drug classes that are developed in a way that they directly affect the Master Regulator proteins and lead to favorable responses in a larger patient proportion, rather than targetting the aberrant genes of increasingly tinier patient classes.

Columbia University Vagelos College of Physicians and Surgeons systems biology chair, Califano, explained the disadvantages of personalized medicine where drug activity targets a specific mutation among thousands of mutational patterns and is then tested against related proteins. The Clyde and Helen Wu Professor of Chemical and Systems Biology also spoke about how this study could lead to MR-blocks requiring fewer drugs, rather than a lot of them that are mutation-specific.

Califano said that these MR-blocks could be detected and used to choose the most suitable combination of drugs for a patient. Three thousand patients with 8 malignant types of tumor are being tested by the Columbia Precision Oncology Initiative in a massive program to examine MR-based, immunotherapeutic, and genomic treatment strategies and clinical trials for neuroendocrine, pancreatic, and breast cancer.

Califano explained that patients’ personalized approach to therapy is preferred by patients whose general treatment fails to work. This involves drugs that impact specific mutations in their tumors. Large-scale studies on personalized treatments that depend solely on identifying genetic aberrations have only resulted in a 5-10% success rate. Most others have tumors that advance to drug-resistant forms. He gave examples of relapses occurring in melanoma patients when vemurafenib or other inhibitors are used to target the BRAF oncogene. Overall survival benefit is little to none.

Biological activities of the cell are generally dependent on molecular interactions, which contribute to complex biological systems. Califano and his research team working on the novel cancer therapy used unique concepts such as physics and mathematics approaches to model such systems. While genes are blueprints for protein synthesis, proteins carry out particular cell workings that also comprise normal cell-tumor transformation. Obviously, malignant tumor cell proteins are affected by genetic mutations, which is what the scientists focus on in their study by examining data from hundreds of cancer samples.

Califano explained that specific components that are points of signal convergence (signals of mutated genes) could be identified by looking at the cell as a complicated electronic circuit. General susceptibilities of cancer cells can thus be seen instead of lone mutations. These convergence points are generally mutation-independent proteins that determine the cell’s destiny and are necessary for maintaining tumor cells. According to Califano, these are “Master Regulators.” It functions as a funnel’s smaller end where a total of mutation effects are canalized into. So, rather than targeting the broad end of several different protein aberrations, it would be simpler just to plug the narrow end of MRs.

MRs across twenty various tumor types are the study’s focus, where overlapping regulators for different cancers were included. A computational technique called MOMA (Multi-Omics Master-Regulator Analysis) was developed and used to examine genetic mutations and expression in the cancer cells. The team used this approach to assess 9,738 tissue samples from the National Cancer Institute’s Cancer Genome Atlas repository. Master regulator blocks were identified as extremely interconnected, and special modules that the 407 MRs identified were organized into. Specific aspects of cancer cells were modulated by the concerted effort of a few MRs forming an MR-block. For instance: DNA repair and cell growth, division, and proliferation were controlled by 14 regulators in MR-block:2, the most frequently activated group. This function predicted poor results in various cancer types, while MR-block:24 was found to represent good melanoma results by regulating immune reactions and inflammatory systems.

Each particular tumor involved activation of 2-6 such MR-blocks.

Cell behavior in various tumor types could be affected by MR-block activity, as shown by Califano and group. Drug resistance in cancer cells can be prevented by targetting MR-blocks representing the overall effect of man potential mutations instead of single aberrated proteins. The advantage of targeting these blocks is that the only solution left for a cell would be to reprogram itself (highly unlikely and not preferred by the cell) or undergo cell death.

Califano imagines a future where an individual or a combination of MR-blocks could be targeted by specific drugs to treat every cancer patient. Even affecting one such block would be enough for a cell with multiple genetic program-regulating tumors.

Until recently, MRs were mostly thought of as “undruggable” proteins. Although there are means of identifying the MR-block for a specific tumor (such as MR-block:14 for prostate cancer), the development of drugs has been scarce. Algorithms to examine the particular MR-block regulations by existing drugs were developed by Califano’s lab, which talks about the 4 existing FDA-approved drugs. The drug targetting MR-block:14 is one of them. Since, as Califano states, MR-targeting drugs are supposed to outperform the existing ones, various collaborations are now underway in an attempt to formulate a new class of inhibitors.

Califano attributes the little advancements in this concept to its recent novelty and assures these drugs’ efficiency in clinical and pre-clinical studies that are in progress.