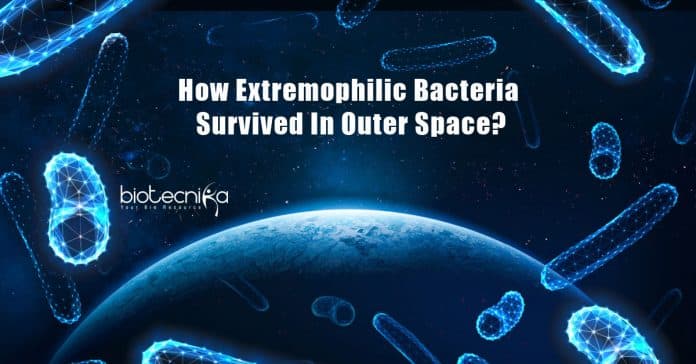 Researchers examined how the space-surviving microorganism can actually sustain the transfer from one celestial body to another when exposed to temperature changes, extreme vacuum, and Galactic cosmic and solar UV radiation survive in space.

Because of the advent of space research, humanity has been captivated by the endurance of terrestrial life in outer space. Outer space is a hostile atmosphere for any life, yet few extremely resistant microbes can sustain. Underlying the panspermia theory or interplanetary transfer of life, these microbes may move between planets and disperse life across the universe.

A diverse protein and genomic responses were started to relieve cell stress, assisting the microorganisms in repairing DNA damages and protecting against reactive oxygen species. In response

Tetyana Milojevic, head of Space Biochemistry group, University of Vienna and a corresponding author of the study stated that these studies assist us to comprehend the mechanisms as well as processes through which life can exist past beyond, broadening our understanding of how to sustain and adjust in the adverse conditions of outer space. The outcomes propose that survival of Deinococcus radiodurans in low earth orbit for a more prolonged period is feasible because of its effective molecular response system and mean that even longer, further travels are possible for organisms with such abilities.

The studies acknowledged the question – to which extend and how extremely resistant microorganisms can withstand extreme space environments.