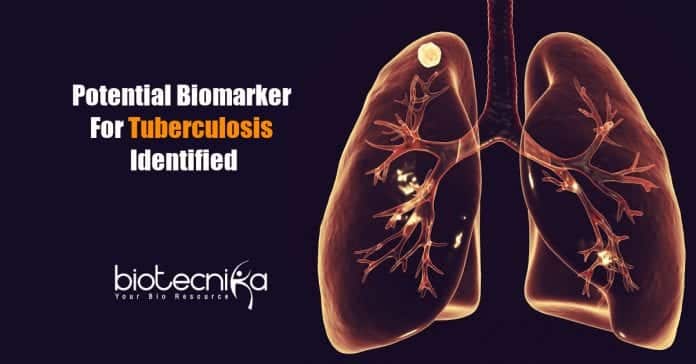 Tuberculosis (TB), though an old disease, is still amongst the leading 10
causes of death. In just 2019, the death toll due to TB was 0.4 million, and 2.69 million people were infected across the country. On exposure to the causal pathogen Mycobacterium tuberculosis, some people develop the active disease with clinical symptoms like fever, weight-loss, as well as the coughing of blood, calling for treatment, while lots of other individuals do not develop active disease in spite of nurturing the pathogen. Many individuals can eliminate the infection automatically. Research on essential host factors that work as weapons against the Mycobacterium is the major theme of a research study performed by the Department of Biotechnology’s National Institute of Biomedical Genomics (DBT-NIBGM).

The variable clinical outcome is essentially an outcome of different human and bacterial aspects, playing together. To point out the plausible host aspects, a group of scientists at the Institute designed research with a number of TB individuals and their healthy family contacts, ideally spouses. In spite of sharing the exact same atmosphere even for a long period of time, the healthy contacts did not develop any type of illness.

They assumed that cytokines/chemokines, a sort of secretory protein from immune
cells, are just one of the first lines of defense against the attacking bacteria. Consequently, the levels of these cytokines/chemokines would certainly be changed amongst TB individuals contrasted to their asymptomatic house contacts.

To accomplish their aim, the scientist enlisted them medically as well as microbiologically
confirmed TB individuals on the first day of their visit to the clinic before therapy began.

Next, they enlisted their spouses, if they continued to be condition free for at the very least next 90 days.

They did a comparative study on 22 cytokines, pertinent in Mycobacterium
infection, from plasma samples of enlisted TB individuals and their family contacts. After
doing all the statistical analysis, they identified that one chemokine called CXCL10 was
significantly high amongst the TB individuals. Interestingly, the level of CXCL10 protein likewise revealed a positive trend with the severity of the disease.

Next, they inspected whether this modified expression of CXCL10 protein resulted from the
underlying variants in the CXCL10 gene of the individuals, as opposed to being due to the TB infection. To better strengthen their finding, CXCL10 protein was higher in TB patients
regardless of their sequence variation at the CXCL10 gene, contrasted to healthy people.
Active phase TB antigens had the ability to stimulate CXCL10 in-vitro, but not others.

The finding of the researchers raises the possibility of considering this protein as a marker for the active phase of infection. However, further community-based large scale researches are warranted to evaluate its prospective as a candidate biomarker of tuberculosis infection.