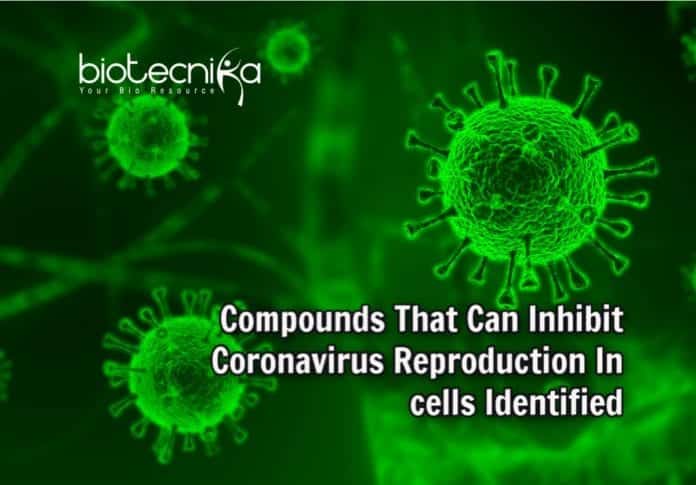 How human cells change upon infection with SARS-CoV-2 virus that causes the deadly COVID-19 has been observed by a team of virologists and biochemists at the Frankfurt University and Goethe University. The team identified a few compounds that could stop or slow down the virus multiplication. This new research has allowed scientists to narrow down their search for COVID-19 treatment to a small number of approved drugs. A Canadian, as well as a US company, are already starting clinical trials for different molecules based on this research.

Frankfurt scientists in Professor Sandra Ciesek’s team cultivated the SARS-CoV-2 virus cells they had in possession since February, in colon cells collected from the swabs of two patients returned from Wuhan.

Researchers from both institutions were together able to show how a SARS-CoV-2 infection changes the human host cells using a technique developed at the Institute for Biochemistry II at Goethe University Frankfurt. mePROD, a particular type of mass spectrometry they developed a few months before, was made use in this research. The amount and synthesis rate of thousands of proteins within a cell can be determined using this method.

The scientists were able to stop the virus reproduction using these translational inhibitors, and they observed compounds that inhibit the production of building blocks for the viral genome gave the same results.

The findings were immediately made available on a preprint server and on the institute website. The results have already created a stir in the scientific world. The new research has revealed new therapeutic approaches to the deadly disease that has killed more than 4 million people worldwide.

One of the compounds found effective against COVID-19 was 2-Deoxy-D-Glucose (2-DG) that can interfere with the carbohydrate metabolism necessary for viral reproduction. A drug similar to this compound called WP1122 is in possession of the US company Moleculin Biotech. Based on the results from this research, the company is initiating clinical trials on this drug to fight COVID-19.

Also, a Canadian company, Bausch Health Americas, has initiated a clinical study with 50 participants based on another substance tested in Frankfurt, Ribavirin.

For the first time, scientists are able to trace cellular changes in cells upon infection, because of the new technology mePROD. The findings from the latest research will definitely help in the in Vivo studies for the COVID-19 drug development.

The identification of compounds in already existing drugs to fight the COVID-19 virus offers a great opportunity to repurpose the drugs for the novel disease. Scientists already know how these compounds are tolerated by the patients, and they are well characterized. These types of substances are currently searched by global scientists. This research makes an important contribution to the fight against COVID-19, in this race against time.