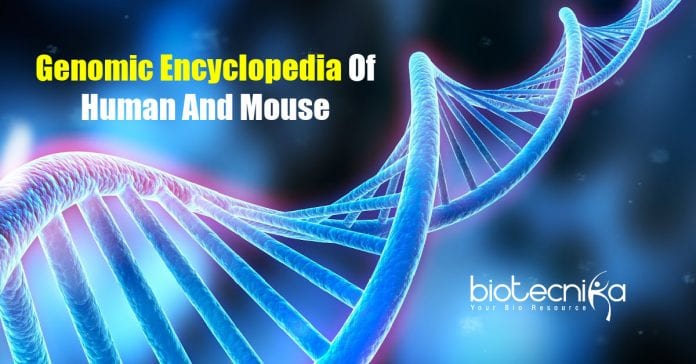 The Encyclopedia of DNA Elements (ENCODE) Project is a global effort to comprehend how the human genome functions. The completion of this genomic encyclopedia’s latest phase has added numerous candidate DNA “switches” from the human and mouse genomes that seem to control when and where genes are turned on. And to benefit biological categories, a new registry that assigns a portion of these DNA switches. To aid in the use of ENCODE’s large datasets, this project also provides new visualization devices.

The latest outcomes of the project were released in the journal Nature, accompanied by 13 other comprehensive studies released in various other major journals. The project is funded by the National Human Genome Research Institute, part of the National Institutes of Health.

Eric Green, M.D., Ph.D., NHGRI Director said that a significant priority of ENCODE 3 was to develop methods to share data from the thousands of ENCODE experiments with the more comprehensive research community to assist expand our understanding of genome function. Visualization devices and ENCODE 3 searches make these data accessible with progressing efforts in open science.

Elise Feingold, Ph.D., a lead on ENCODE for the institute and scientific advisor for strategic implementation in the Division of Genome Sciences at NHGRI said that a vital difficulty in ENCODE is that in different cell types, different genes and functional regions are active. This refers that to work in the direction of a catalog of candidate functional elements in the genome, we need to test a large and diverse number of biological samples.

Considerable progress has been made in identifying protein-coding genes, which comprise less than 2% of the human genome, and about the remaining 98% of the genome is not very well known, including how much and which parts of it carry out other functions. This project is aiding to fill-in this significant knowledge void.

Trillions of cells, with thousands of types of cells, make up the human body. The different cell types (e.g., heart, lung, and brain) carry out different functions based on the data encoded in DNA in different ways, even though all these cells share a common set of DNA guidelines. The DNA regions that serve as switches to turn genes on or off, or tune the specific levels of gene activity, help control their functioning in health and disease and drive the formation of distinct cell types the body.

To illuminate details of the genes and their potential regulators in their corresponding genomes, scientists performed almost 6,000 experiments in the recently completed 3rd phase of ENCODE, 4,834 in humans, and 1,158 in mice.

The scientists involved in the ENCODE 3 project studied the developing embryonic mouse tissues to understand the timeline of numerous genomic and biochemical changes that occur throughout the growth of the mouse. Mice can be helpful in understanding human biology and disease, as mice are genomically and biologically similar to humans.

In a number of biological contexts, these experiments in humans and mice were carried out. How chemical modifications of DNA, proteins that bind to DNA, and RNA interact for gene regulation was evaluated by the scientists. How variations in DNA sequences outside of protein-coding regions can affect the expression of genes was additionally described with the help of the outcomes from ENCODE 3.

Brenton Graveley, Ph.D., professor and chair of the Department of Genetics and Genome Sciences at UCONN Health said that understanding of the human genome dramatically increased due to the data generated in ENCODE 3. ENCODE 3 has added significant resolution and clarity for new data types, such as long-range DNA interactions and protein-RNA interactions and previous data types, such as DNA-binding proteins and chromatin marks.

ENCODE 3 scientists, as a new feature, developed a resource outlining the different types of DNA regions and their corresponding functions of the candidate – SCREEN – a web-based tool that enables users to visualize the data supporting these analyses.

This project began in 2003 and is a substantial collaborative research initiative involving teams across the United States and globally, comprising over 500 scientists with varied experiences. A community resource has been developed by the ENCODE scientists, ensuring that the project’s data is accessible to any scientists for their research. More than 2,000 publications from non-ENCODE scientists who used data generated by the ENCODE has come up due to the initiatives in open science.

Dr. Feingold said that this shows that the genomic encyclopedia is used widely, which is what we had always focused on. Attesting to the resource’s value for relating basic biological knowledge to health research, most of these publications are related to human disease. 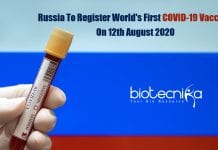