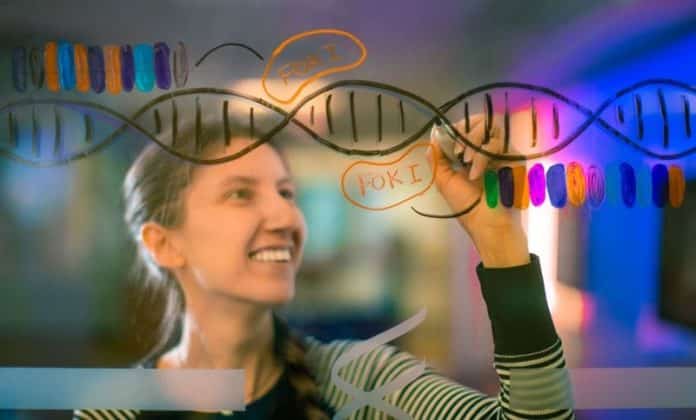 Project Recode brought together a consortium of scientists, lawyers, and entrepreneurs two years ago with plans to synthesize an artificial human genome from scratch—an extremely ambitious endeavor that’s struggled to secure funding.

However, attributable to lack of sufficient seed funding has led the thinkers into a less audacious aim; now, instead of re-writing the entire human genome, the projects focuses on making human cells immune to viral infections.

With this slightly more tangible goal, the team expects it should be easier for GP-Write to secure the required funding, which it still needs to move forward. Furthermore, it helps that French pharmaceutical company Cellectis is contributing to the project by donating its TALENS technology to help with the required gene snips.

The collaboration was announced at the Genome Project-write 2018 Scientific Working Meeting, conducted by the Center of Excellence for Engineering Biology, as part of the first grand-scale, community-wide GP-write project to develop such ultra-safe cells

Harvard’s Wyss team led by George Church and French biotech have teamed up to use Cellectis’ genome engineering tool- they’ll use custom enzymes to remove redundant codons and prevent viruses with those codons from hijacking cells to produce copies of themselves.

“In the Recode project, our capabilities to edit genomes and invent new tools for high-level multiplexing of these efforts perfectly align with Cellectis’ expertise and strengths. Cellectis’ TALEN gene editing technology will contribute much to the success of this project,” said Church.

Church’s team, previously had reduced the number of codons from 64 to 63- this caused the recoded bacteria to become resistant to most viruses and to be ‘biocontained’ in their intended laboratory environments since their survival can be linked to chemicals not found in the wild.

Building on these accomplishments, Church said, “the Recode project aims to create ultra-safe human cells that are resistant to infection with all viruses and prions. These cells and the technologies we are developing along the way will enable more effective ways to manufacture protein therapeutics, vaccines, cell therapies and transplantable organs.”

In order to achieve this, the team seeks to compress the codon usage for specific amino acids from six down to four codons, for starters; with the help of TALEN® enzymes which will help modify codons at 400,000 locations across the protein-coding regions of the human genome.

The lab will then delete the transfer RNAs that the cells previously required during their protein synthesis to add amino acids corresponding to the eliminated codons.

“The overall GP-write project is focused on writing, editing and building large genomes. We will generate a wealth of information connecting the sequence of nucleotide bases in DNA with their physiological properties and functional behaviors, enabling the development of safer, less costly and more effective therapeutics and a broad range of applications in other areas such as energy, agriculture, healthcare, chemicals and bioremediation,” says Boeke.

“We are looking forward to collaborating with the Wyss Institute and George Church’s group on this very exciting Recode project using Cellectis’ technology to recode the entire genome of human and other species cell lines,” said Dr. André Choulika, Chief Executive Officer of Cellectis. “The precision, the performance and the flexibility of TALEN® technology makes it the optimal gene editing platform for such a cutting-edge project.”