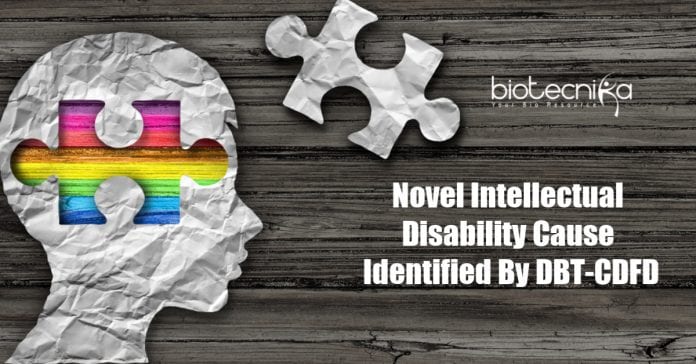 Identification of disease-causing genetic mutations has a crucial value in prenatal diagnosis and genetic counseling. As soon as the culprit mutation is identified, families can look for the presence of it in their offspring through genetic testing even prior to the birth of the child and necessary. Additionally, this has enormous importance in the fundamental research study in the direction of understanding gene functions and also mechanisms of disease that may assist in the development of new therapeutic options.

Advancements in the human genetic study and simultaneous development of new high throughput diagnostic tools like next-generation sequencing now make it feasible to promptly and cost-effectively identify genetic mutations in charge of a particular disease utilizing just a couple of afflicted individuals.

Recently, in a discovery, researchers at the Department of Biotechnology’s Centre for DNA
Fingerprinting and Diagnostics (DBT-CDFD) have determined the genetic mutation linked
with a novel syndrome. Two siblings – a brother as well as a sister, born of consanguineous parents from southern India, were assessed for intellectual disability with other developmental abnormalities. A mutation in a gene called HERC1 was determined as the likely reason for

the disease, using one of the cutting edge next-generation technology (exome sequencing) followed by DNA microarray evaluation. In both siblings, the existence of this mutation was confirmed by conventional sequencing.

Interestingly, the parents were also found to be carriers for the same mutation. But, they both were unaffected. Additional functional evaluation with the RNA from the affected individuals showed a possible deleterious effect of the mutation on the protein by changing the structure as well as the function of HERC1 mRNA that might lead to lowered production along with the loss of important functional domains of the protein.

To determine the pathophysiological (disordered physiological processes) role of HERC1 in brain development and illness further study is certainly needed. This discovery of a new
intellectual disability syndrome will be useful in future genetic testing of people with
a similar abnormality. Additionally, it has brought about the advancement of scientific knowledge concerning brain development.