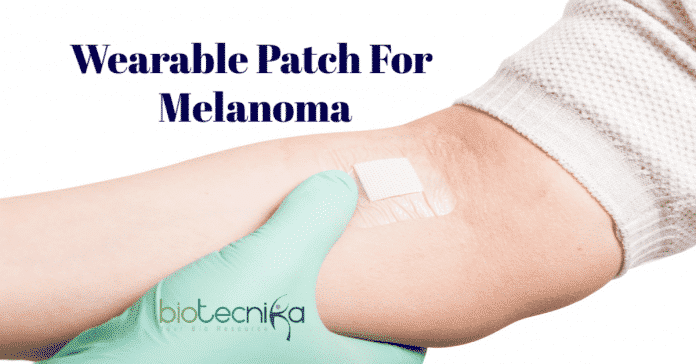 The American Cancer Society (ACS) estimates that approximately 100,350 new cases of melanoma will have been detected in the U.S. by the end of 2020. ACS expects around 6,850 fatalities due to melanoma this year. More than any other skin cancer melanoma accounts for more deaths.

Current breakthroughs in the delivery of topical chemotherapy for cancer melanoma offer more efficient postsurgical therapy options than basic chemotherapy, with minimal side effects and toxicity.

These treatments have limitations in their acceptance as they are conventionally microneedle-based and can be painful. 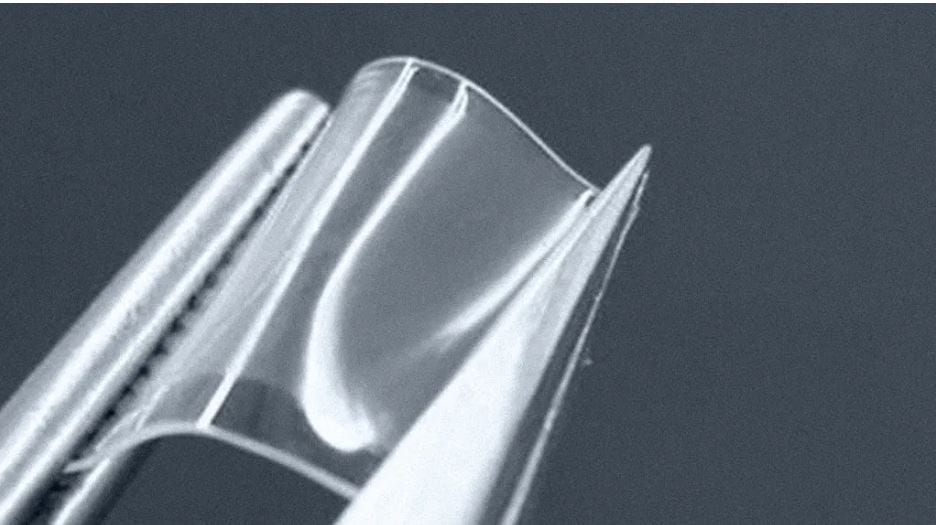 Currently, new research from scientists at Purdue University, Lafayette, Indiana proposes a solution for the above-mentioned problem. The outcomes of the result are published in the journal ACS Nano.

A patch that painlessly delivers a topical therapy for cancer melanoma is developed by scientists.

Conquering the challenge posed by pain

The preferred treatment for skin cancer is the removal of surgical excision. But, melanoma can be hostile and often reoccur, usually necessitating repeated rounds of conventionally delivered chemotherapy and radiation therapy.

One of the vital elements of cancer treatment is chemotherapy especially when surgical treatment is no longer an option or when cancer has actually spread.

Scientists are looking for topical chemotherapy as a more tolerable technique – one that might be equally efficient, if not more so, as these conventional treatments can be hard for people and frequently trigger toxicity and adverse effects.

The authors of the study say while topical chemotherapy shows promising results, however, pain triggered by the polymeric microneedles commonly involved is keeping back progress.

The authors say that the microneedles used in topical chemotherapy are tiny but still enough to cause discomfort. This is especially bothersome, in cases like treatment of ocular melanoma, melanoma of the eye, given the sensitivity of the cornea.

The newly developed patch for melanoma is a flexible, thin, water-soluble film that quickly dissolves after deploying specially developed silicon nanoneedles right into the skin. These nanoneedles are biocompatible – harmless to living cells – and they are absorbed by the body after they deliver the timed-release drug.

Professor Lee said this patch is fully dissolvable by body fluids in a programmable manner, such that the patch substrate is dissolved within one minute after the introduction of needles into the skin, followed by the progressive dissolution of the silicon needles inside the tissues within few months.

The miniaturized nanoneedles designed by the researchers’ makes them preferably suited as a vehicle for timed-release medication. Professor Lee said the individuality of our technology is that we utilized exceptionally small but lasting silicon nanoneedles with sharpened, angular tips that are easy for their penetration right into the skin in a painless and minimally invasive way.

These small, permeable are developed with a huge drug-loading ability, sufficient for continual shipment of medications before they ultimately dissolve. Their ability approaches the larger microneedles presently made use of for topical chemotherapy.

These small, permeable needles are developed with a huge drug-loading ability, sufficient for drug sustained delivery before they ultimately dissolve. Their ability is comparable to the larger microneedles presently made use in topical chemotherapy.

Professor Lee remembers that he began looking for a better method to deliver topical chemotherapy after observing his daughter’s anxiety of needles during inoculation.

The team that Professor Lee runs for Purdue University is concentrated on “bridging a critical gap between engineering and unmet clinical needs”. The group of researches concentrates on the development of wearable devices – what they label as “peel-and-stick stickers” – for the delivery of medications, and additionally, they develop devices that monitor health problems.

The wearable patch for melanoma was developed and tested by Professor Lee’s lab, with the partnership of Professor Yoon Yeo, Purdue’s College of Pharmacy, and Professor Dong Rip Kim, Hanyang University, Seoul.