Home Biotech News How COVID-19 Spread Across The World From China? 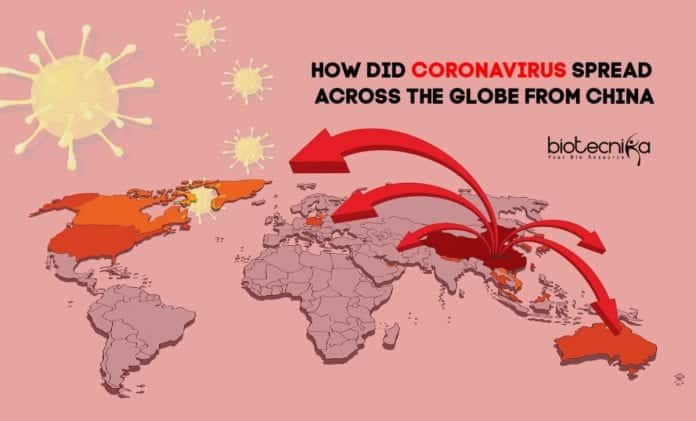 How did Coronavirus Spread from China

To stop the virus from spreading all around the world, stopping travel seemed to be a simple measure. Did it work though?

3. According to the estimates from Johns Hopkins University, Lauren Gardner, University of Washington, and Trevor Bedford, it seemed like there was an invisible network of nearly 1,000 cases, or perhaps several times more, the true size of the outbreak was much larger right in the beginning before being detected.

4. With this number, even if there had been a perfect response for the virus, the spread of the infection could not have been contained as each patient was infecting two or three others on average.

5. Only on December 31, the Chinese officials alerted WHO – the World Health Organization and released a statement — and a reassurance, until then, they did not alert the public to the risks.

6. The government said, “The disease is controllable and preventable.”

7. There could be no worse time for the outbreak to occur. It was during the Lunar New Year and hundreds of millions of people were about to travel back to their hometowns.

8. Times analysis of data published by Baidu and major telecoms, which tracked the movements of millions of cell phones, showed that people had already traveled to different places.

10. Over the next three weeks, the departures from Wuhan accelerated. Before there were any travel restrictions, around 7 million people left Wuhan in January.

11. Among these travelers, there were thousands of people were infected, carrying the virus.

12. The local outbreaks had already seeded in major cities like Shanghai, Beijing before the Chinese officials acknowledged the risk of human-to-human transmission on Jan. 21.

13. Then the authorities locked down Wuhan two days later, and in the next few weeks, many cities followed. Travel had nearly stopped across China.

15. International travel continued as normal as the outbreak moved across China in early January.

16. From Wuhan, thousands of people flew out to cities around the globe.

17. Based on recent trends, it has been calculated that on an average, every month, over 15,000 people went to Bangkok, the most popular destination, over 900 people went to New York, and over 2,200 to Sydney.

18. The first known overseas case was of a 61-year-old woman who,  despite having a fever, headache, and a sore throat,  traveled from Wuhan to Bangkok.

19. Since then, many countries started reporting their first cases. Early cases turned up in Hong Kong, Seoul, the U.S., Tokyo.

20. Researchers believed that about 85 percent of infected travelers went undetected but they were still contagious.

21. Wuhan was placed under lockdown and all the airlines canceled flights only at the end of January, almost a month after the infection was first reported. Travel out of Wuhan had stopped by Jan. 31.

22. It was long overdue. In over 30 cities across 26 countries, outbreaks were already growing, most seeded by travelers from Wuhan.

23. The virus started moving easily in confined spaces like churches and restaurants, and infecting people who had not traveled to China, as it started spreading locally,  — the start of a pandemic.

24. China was no longer the main driver of the outbreak by March 1. In South Korea, Iran and Italy, there were thousands of cases reported.

25. As the potential of the virus was understood, there was systematic testing, tracing, and isolation of patients in China. This showed that slowing the virus was possible as there was a decline in new cases dramatically. The spread in South Korea, Hong Kong, and Singapore were slowed down by similar measures.

26. In the United States, President Trump said “the virus will not have a chance against us,” however, by then the virus had a secure foothold in the US and had already spread across the US.

27. Italy, the most affected in Europe, became the next hotspot of the outbreak and had reported deaths crossing the death toll of China.

28. Iran, the next country to report more cases and deaths, another country from where coronavirus spread to the rest of the world.

29. Currently, the second most affected country in Europe is Spain.

30. Followed by Spain, the other countries that are on top in terms of the number of confirmed cases and deaths are Germany, France, South Korea, Switzerland, and the United Kingdom.

If the travel restrictions were imposed earlier that it actually was, there could have been a better possibility to contain the spread of the deadly COVID-19. All over the world, many countries are under lockdown to prevent and fight the novel coronavirus. 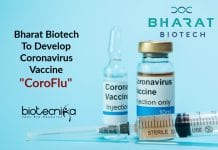 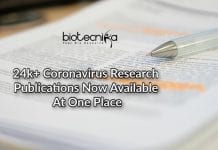 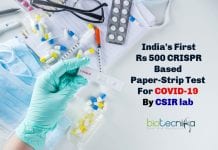