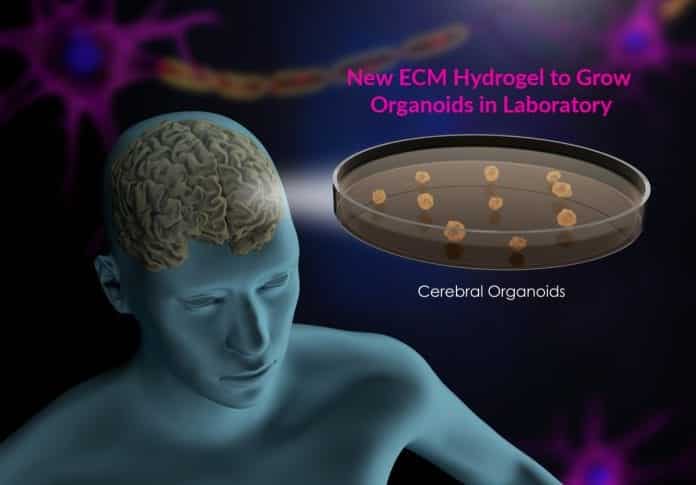 According to the breakthrough study conducted by researchers from the National Institute for Health Research, medical science is on step closer to treating patients with regenerated tissue.

A novel gel from piglet intestinal tissue to grow organoids in the laboratory has been developed by the researchers. The organoids grown could be used for treatment in humans.

Organoids are three-dimensional tissue cultures derived from stem cells that model the function and shape of tissues like muscle.

Although the organoids have the potential to be used in the treatment of diseased or damaged tissue by replacing and repairing them, the gels used to culture organoids to date were unsuitable to be used in humans.

However, the team of researchers under the guidance of Professor Paolo De Coppi and Professor Nicola Elvassore developed an extracellular-matrix (ECM) hydrogel to substitute the gels.

The use of hydrogel from decellularised piglet intestinal tissue enables the application of organoids in the treatment of human diseases.

Nature Communications published the new development, and scientists claim that the new hydrogel can be used in the clinical setting as it meets good practice standards.

The hydrogels provide the same level of support as the synthetic gels in growing organoids. The final tissue that is grown is determined by the gels used to support it.
See Also
Human 'Cell Membrane On Chip' To Accelerate COVID-19 Drug Discovery

The newly developed ECM hydrogel to grow organoids can support cell growth not only in the small intestine but also in the stomach, liver, and pancreatic tissue.

This breakthrough innovation could help medical science to provide organoid transplants to cure various diseases such as short bowel syndrome. The transplanted organoid could improve intestinal function in such disease.

Prof De Coppi said: “There is a huge potential for organoids to open up regenerative medicine and advance how we treat complex conditions. Our findings mark a major step towards seeing tissue grown from stem cells being used in clinical settings to treat patients.”

The discovery of new ECM hydrogel to grow organoids was a collaborative effort by scientists from the Francis Crick Institute, UCL GOS ICH, ShanghaiTech University, the Royal Netherlands Academy of Arts and Sciences, Telethon Institute of Genetics and Medicine in Italy, Princess Maxima Centre for Paediatric Oncology Netherlands and University Medical Centre Utrecht.