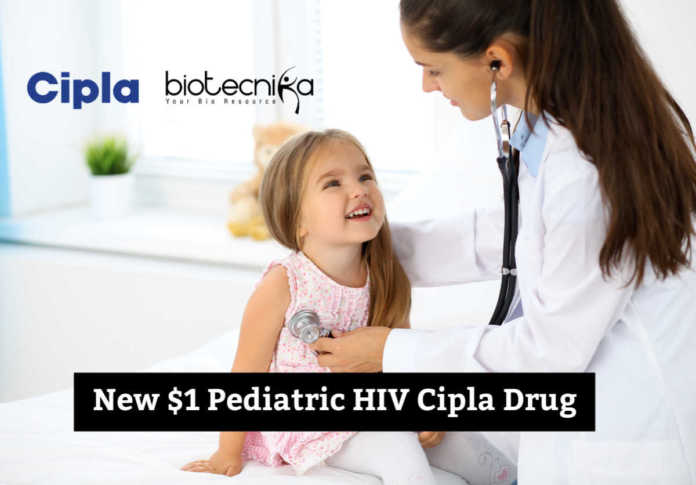 The Cipla HIV Drug– Quadrimune, is smaller in size & strawberry-flavored for administrative ease.

Cipla Ltd., the Indian Pharmaceutical giant, has launched a medicine aimed at combating AIDS in children.

According to the Cipla officials, this drug is smaller and strawberry-flavored, making it easier for children to ingest. And the best part, this Cipla HIV Drug, costs $1.

The new drug, called Quadrimune, is aptly named; it is a combination of four HIV drugs: ritonavir, lopinavir, abacavir, and lamivudine. While infections have declined since 2010, in 2018, some agencies have reported that an estimated 1.7 million children, or adolescents under the age of 15, were infected with HIV.

Current HIV drugs are difficult to administer to children due to the bitter flavor & hard pill or syringe mediums. By contrast, Quadrimune is designed as capsules full of tiny, digestible granules fit for sprinkling on food, and also, it doesn’t require refrigeration.

In 2001, Cipla CEO Dr. Yusuf Hamied introduced a $1 fixed-dose kit of HIV medicine called Triomune — a combination of three drugs. At the time, this was revolutionary, but increased competition and the prevalence of biosimilars on the market have driven prices down.

As interchangeable alternatives, biosimilars are drugs that are held to the same standards as leading biological medicines and are not clinically different. More biosimilar medication options available could potentially mean lower health care costs.

According to the Drugs for Neglected Disease initiative (DNDi), Quadrimune will undergo a trial in Uganda, under the supervision of Epicentre, an epidemiology research company.