German pharma Boehringer Ingelheim and also The University of Texas MD Anderson Cancer Center have joined their hands to create a new “virtual” R&D Center so both of them can work on cancer drugs.

The so-called Virtual Research and Development Center will see speculative intestinal and also lung cancer treatments out of Boehringer’s pipeline incorporated with the drug-development capabilities at MD Anderson.

To start, the virtual Research and Development Center will take a look at KRAS pathway inhibitors and also a TRAIL-R2 antibody (with the potential to selectively cause cancer cell death) from Boehringer as it looks to make deeper advances out of its pipeline.

German pharma Boehringer Ingelheim and The University of Texas MD Anderson Cancer Center said in their statement that the Virtual R&D Cancer Research Center will also enable effective data sharing as well as the analysis between them.

Dr. Victoria Zazulina, corporate vice president and global head of oncology medicine at Boehringer added that they could not have chosen a better partner with all its research, translational and clinical expertise in lung and gastrointestinal cancers. Together with The University of Texas MD Anderson Cancer Center,  they are hoping to transform the treatment landscape for these cancer diseases by tackling their root causes and drivers, that have so far remained elusive, exploring new and smart ways of killing cancer cells, explained Dr. Victoria.

She added that their innovative oncology pipeline coupled with strong partnerships like,  with the University of Texas MD Anderson Cancer Center, will contribute to unraveling the complexities of these diseases and bringing innovative solutions to people with various types of cancers.

German pharma Boehringer Ingelheim came into the oncology game a few years back. This was with the approval of their lung cancer med Giotrif.  Since then they have been busy penning a series of pacts inside and outside of oncology to boost work on its pipeline.

This includes even the recent deals with Swiss cancer vaccine biotech Amal Therapeutics, which it bought just last month, and late last year it also inked a $300 million deal with Epizyme for research into two previously unaddressed regulators of genes linked to cancer.

Speaking about the Virtual R&D Cancer Center, Tim Heffernan, Ph.D., executive director of TRACTION at MD Anderson said that within MD Anderson, they are committed to a singular goal of ending cancer. he also added that they look forward to working with Boehringer Ingelheim to advance their innovative pipeline of cancer medicines. Boehringer’s Therapeutics Discovery team is well-poised to conduct impactful translational research, and this partnership will allow MD Anderson to more rapidly advance much-needed new therapies to patients, Tim added. 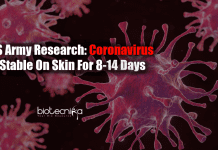 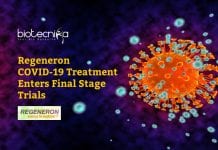 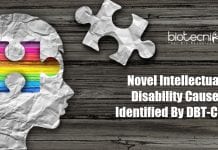