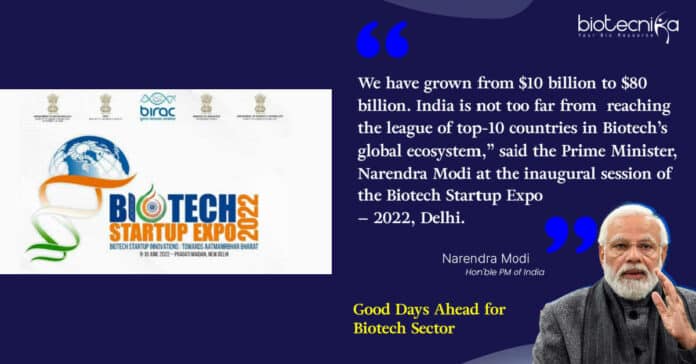 New Delhi: Biotech Startup Expo-2022 which is a first for India is an exposition which is being held on the 9th-10th June 2022 to help showcase the immense potential that India has to offer in the biotech industry. Ranging from successful startups to specialized incubation centres, all being showcased under one roof, proving that India is not far behind its counterparts.

BIRAC aims to aid in transforming India into a US$ 100 billion Indian bioeconomy, with their belief and faith in biotech start-ups which will help achieve this goal.

The premise of this Biotech Startup Expo 2022 was to bring about awareness and to appreciate the efforts of the successful 75 startups & 75 specialized biotech incubation centres aided by BIRAC, and 50 successful startups supported by the Department of Promotion of Industry and Internal Trade.

The event is being held on the 9th-10th June 2022 at Pragati Maidan, New Delhi. Our Honourable PM Modi inaugurated the Biotech Startup Expo-2022. In this two-day event, there will be panel discussions along with the Biotech Startup Expo which will help with the interaction and networking of Start-ups’ with Scientists and Scholars from Universities and institutes of

DBT, DST, CSIR, and IITs and also the launch of Biotech products e-portal with 750 products.

WATCH THE INAUGURATION BELOW

Owning to the global pandemic the world is witnessing the biotech sector of India has drawn a lot of eyeballs. There has been a double-digit growth that was seen even in the COVID pandemic and this has solidified India’s trajectory of moving towards the goal of USD 150 Billion by 2025.

Though there are limitations, there are also immense opportunities for expansion and growth. The panel deliberated on how the bioeconomy can be augmented.

PM Modi spoke on the Indian bioeconomy stating that “We have grown from $10 billion to $80 billion. India is not too far from reaching the league of top-10 countries in biotech’s global ecosystem.”

He also noted that the demand for biotechnology is on the rise in India and that the country has grown leaps and bounds in the past couple of years when it comes to the biotech industry. He also spoke of how significant the contribution of the biotech sector has been in the growth and development of the nation. Indian Biotech industry is being showered with the same respect that the IT industry gets the world over and is being considered a land of opportunity owing to its diverse population and climatic conditions, India’s unlimited pool of talent, and enhanced efforts for ease of business and increasing demand of bio-products.

Some other notable pointers from his address were that more than 5000+ biotech startups have been established in the past decade alone with every 14th startup being from the biotech sector and India witnessed over 1100+ biotech startups in the last year alone. The Biotech sector has also seen over 700+ biotech products being released into the market and 75 biotech incubators being set up.

The Biotech Startup Expo 2022 is just the beginning of the bright future of the Indian biotech scenario. With immense support from Interface agencies like BIRAC and the government of India with the make in India initiative, the biotech sector is right on schedule to hit the target of becoming a $150 Billion Dollar Industry. 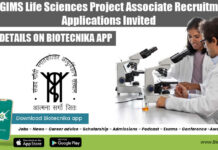 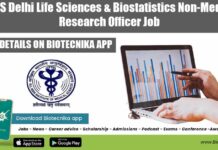 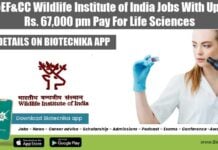 MoEF&CC Wildlife Institute of India Jobs With Up To Rs. 67,000 pm Pay For Life Sciences