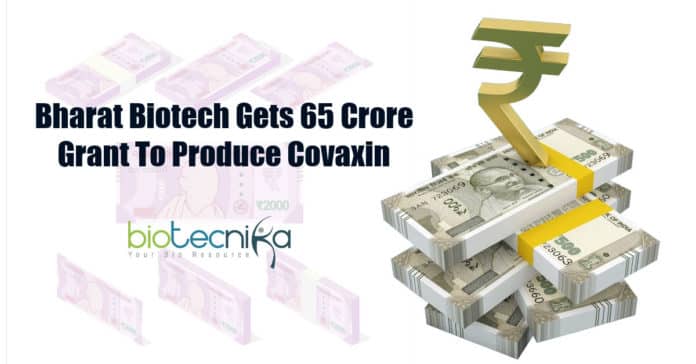 To speed up the manufacturing of the homegrown COVID-19 vaccine Covaxin, the DBT declared that it would provide financial support to 4 firms, including Bharat Biotech International and Haffkine Biopharmaceutical Corporation Ltd.

Amongst the grants, Bharat Biotech, the co-developer of

the vaccine, would get Rs 65 crores to repurpose its new Bangalore unit to raise the capacity of Covaxin manufacturing, while Maharashtra based Haffkine will be given about 65 crores for establishing a unit to manufacture the inactivated vaccine.

Bharat Biotech will probably take about 2-3 months to start production at its Bengaluru center, which will take its total Covaxin production capacity to 700 million dosages yearly, or about 60 million each month. Presently, the company’s capacity is to manufacture around 200 million Covaxin dosages yearly.

Additionally, the DBT is pushing Bharat Biotech and Panacea Biotec, the only 2 Indian companies with a BSL 3 manufacturing plant, to hold talks for Panacea to commence the manufacturing of vaccines. The BSL3 manufacturing facility is essential for the production of Covaxin since its production procedure includes the culturing of large batches of the highly infectious SARS-CoV2 before inactivating them.

Following the financial support, the government anticipates the current manufacturing capability of the Covaxin vaccine to be increased to 2-fold by May or June and afterward enhanced by about 6-7 fold by August. Presently, 10 million Covaxin dosages are being produced each month. By August, it might go to 60-70 crore vaccine dosage each month when Bharat Biotech’s Bengaluru center, Indian Immunologicals, and BIBCOL begin manufacturing.

The government stated that the following month when the govt anticipates Haffkine to begin manufacturing, capacity is anticipated to get almost 10 crore dosages each month.

Though, the target for Mumbai-based Haffkine may be ambitious as the firm had sought a year to commence manufacturing.

DBT stated that Haffkine Biopharmaceuticals had requested around a year to finish this task. But, the Central government has asked to speed up and complete the task quickly within 6 months. The center will have a capacity of 20 million dosages monthly, once operative.

The funds come when many states in India encounter a lack of vaccines due to low manufacturing capacity.

For Haffkine, the support followed a plea by the Maharashtra govt as it encountered a lack of vaccine stocks.

Amit Deshmukh, Maharashtra’s medical education minister, stated that there are many regulative clearances that the firm needs to get before it begins manufacturing.

Deshmukh stated that this would take about 1 year from the first clearance to commission the production since this procedure is long drawn. This is because the laboratory criteria are exceptionally high, and they will also require extremely competent and extremely qualified labor. He further stated that Haffkine would need assistance from specialists in the Centre and state to accomplish the project.

The homegrown vaccine is one of the two that are presently being utilized by the government in its COVID-19 vaccination drive, with the other being SII’s Covishield.

However, the supply of Covaxin has been seriously interfered with by manufacturing restraints, with the firm having a hard time scaling up capability amid the increasing need for COVID-19 vaccines, including that of Covishield.

While SII’s present capacity to produce Covishield is 60-70 million dosages monthly, that of Bharat Biotech is just around a fifth.

Meantime, India’s vaccine drive is competing much faster than manufacturing. Since 16th April morning, more than 52 million dosages had been provided throughout the nation in April, more than the number of dosages given in the whole month of March. Covaxin makes up less than a 10th of the total vaccine dosages administered, while the remaining vaccinations are done with Covishield. 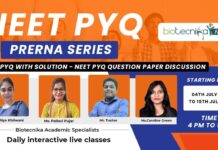