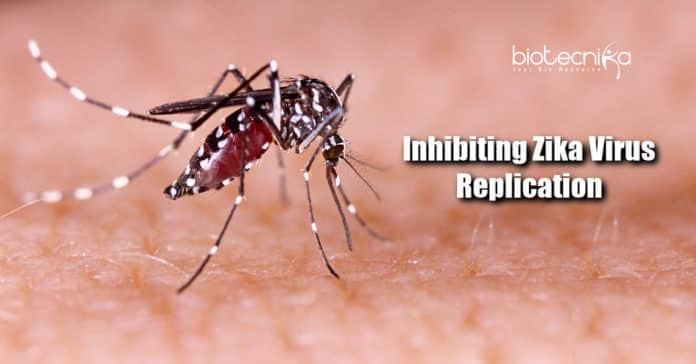 At the IIT-Indore, scientists identified few structures in the virus’s genome that could be utilized as drug targets against the Zika virus infection.

The COVID-19 pandemic has actually highlighted the danger presented by emerging and reappearing diseases to public health around the globe. This has actually brought about a rise in the concentration of scientific study on developing efficient medicines and vaccinations against them – Zika is one such virus. In 2015, Brazil had an outbreak of Zika infection, after which the WHO announced it as a public health emergency around the world.

Zika is a mosquito-borne virus. Till now, about 86 nations have reported Zika virus infection, therefore creating it a significant reason for concern. It is observed to be related to neurological problems such as Microcephaly in kids and Acute Inflammatory Demyelinating Polyneuropathy in grown-ups. Research has also revealed that infection in expecting ladies may cause congenital abnormalities in the developing fetus. But, today, there is no distinct vaccination or medicine versus the Zika virus.

Current research by a group of researchers from IIT Indore guarantees to assist deal with the issue. The team has determined definite secondary structures known as G-quadruplexes in the viral Ribonucleic acid that might function as drug binding sites. These frameworks made of nucleic acids have actually been confirmed to be reliable drug-targeting sites for anti-cancer treatment and are lately being checked out for other diseases too.

In connection with a study group from the University of Nebraska-Lincoln (UNL), USA, the study group has also identified and assessed the synergy patterns of the gene sequences in the virus that create the G-quadruplex formations with few drug particles.

Dr. Amit Kumar and Dr. Debasis Nayak, IIT-Indore, conceptualized the study with Professor Asit K Pattnaik from the UNL. They treated cells infected with the virus and discovered a substantial reduction in the virus duplication and the growth of the virus as well. It is explicit that the molecules are potential against the virus. Their research can open up new pathways for controlling and mitigating of Zika virus.

Inquired about their forthcoming projects, they claimed that they were looking for even more small particles targeting the Zika virus secondary frameworks that can function as possible antiviral drug candidates against Zika virus without impacting the host cells.

A paper on this study was outlined in the journal Cell Press.