Home Career Advice Importance Of Microarray Technology In Research – Why You Must Learn This... 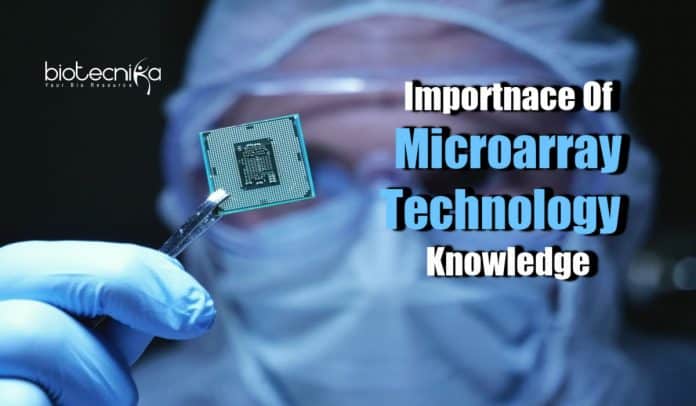 Microarray technology is a crucial advancement in the last few years that has jostled the transition to the post-genomic era from the biological study. Microarray techniques have essentially transformed how biological concerns are resolved by examining one or a few genes to a gene pool or the entire genome with the capability to assay countless attributes simultaneously. Microarrays have numerous probes attached to an inert platform enabling high-throughput evaluations of many biological activities to be executed concurrently on the same sample. This innovation is expediting research in several areas.

There are multifarious microarray types based on the probe’s nature, length of the probe, outcome information, the method utilized for the assay, number of samples profiled, manufacturing method, and surface type. Microarray technology’s Importance in experimentations has grown enormously.

Microarrays can be delineated as tools for extensive ligand-binding analysis where elements are put on a solid surface at high density for identifying a complex blend of targeted matter. For biological purposes, the array elements are nucleic acids, proteins, polycarbohydrates, lipids, minute organics, or entire cells. A microarray is a compilation of microscopic matter that can be hybridized with the particle of interest to generate quantitative or qualitative information. Thus, it permits the estimation of the target’s quantity and the discovery of bio interactions at a molecular or cellular level.

The widespread and well-established type of microarray is the DNA microarray. In many respects, DNA microarray has become a research headway and has substantially added to basic changes in molecular biologist’s conceptual view. A common microarray analysis comprises sample withdrawal, fluorescent tagging, hybridization, visualization, and ultimately mathematical analysis. 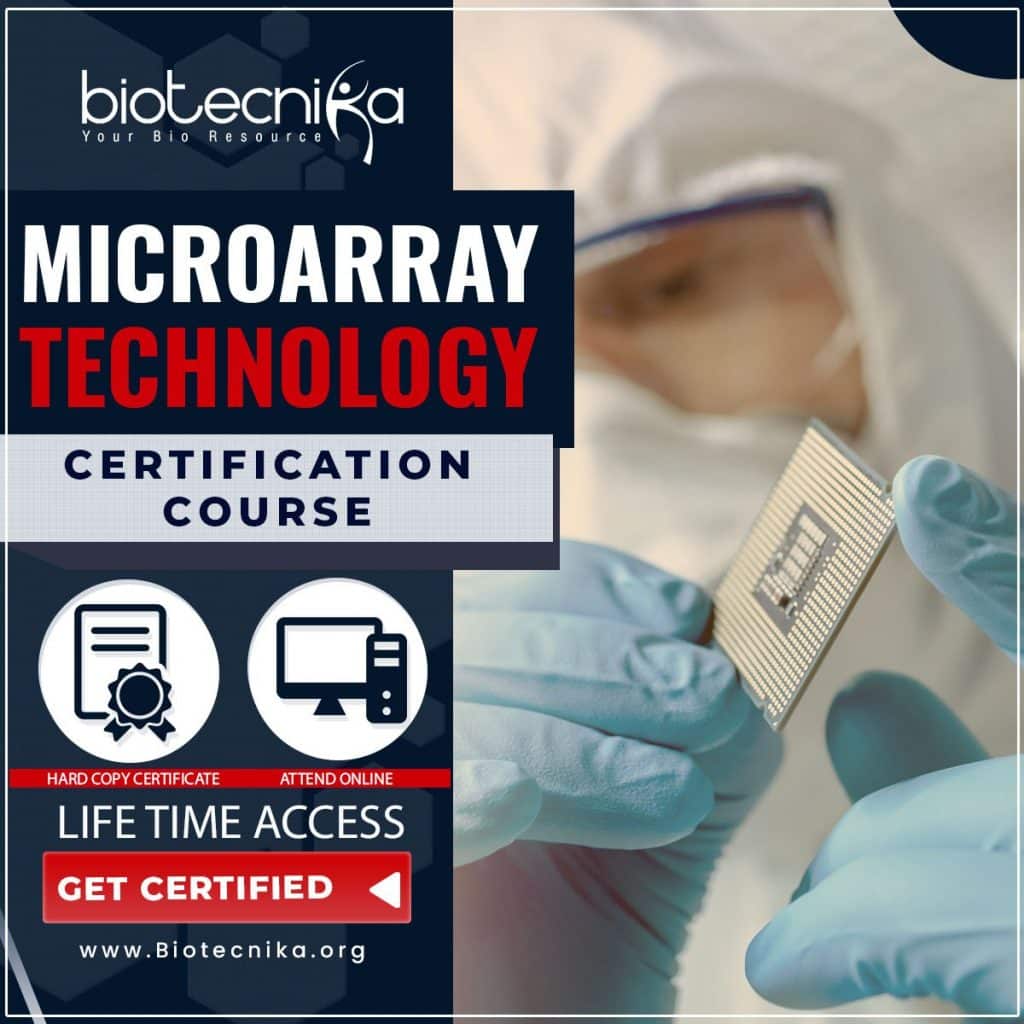 nucleus to the protoplasm to synthesize proteins. Every time a gene has to be expressed, several duplicates of mRNA related to the specific gene are released by transcription. Further, these mRNAs employ translation to produce proteins. Therefore, gene expression profile or genetics can be evaluated obliquely by doing so with several mRNAs. This aids in identifying numerous processes behind every altered expression. Given that mRNA has a shorter span, it is essential to use a more sustained cDNA type.

The basic concept of microarray is base complementarity, i.e., A binds with T and C binds with G. Microarray grid has thousands of spots with several DNA fragments of the particular gene. When the specimen consists of many duplicates of mRNA, many hybridizations occur, showing an abundance of corresponding gene expression. Since all the targeted mRNAs in the study are labeled with a radioactive or fluorescent probe, hybridization measures can be calculated.

Types of Microarray-based on the probe used:

Microarray is one such innovation that allows the researchers to examine and resolve the problems which were once believed to be undetected. One can assess the expression of several genes in a reaction promptly and also in an effective manner. DNA Microarray innovation has strengthened the research group to recognize the essential parameters behind the progression of life and to learn about the reasons for the anomalies.

Given that microarray technology has the capability to examine the expression of numerous genes at once, it assures to transform the methodology used by scientists. Microarrays are important because they have a substantial number of genes and their mobile size. Microarray technologies are significant when one is interested in evaluating many genes quickly or when the targeted sample is less. Microarrays can also help study gene expression across the given samples or to evaluate gene expressions of two various cell types or tissue samples.

As more details build-up, researchers will have the ability to use microarrays to ask significantly complex concerns and perform even more intricate experiments. With recent advances, researchers will find new purposes of the gene, based upon resemblances in expression models with those of familiar genes. Inevitably, these researches assure to increase the size of the existing gene pool, expose new patterns of interlinked gene expression throughout gene families, and also reveal totally new groups of genes. Additionally, because the gene product interacts with several other products, our understanding of how these genes work will certainly end up being clearer through such analyses, and the expertise of these inter-relationships will certainly arise. Using microarrays might also speed up the recognition of genes associated with the development of different diseases by allowing scientists to take a look at many diverse genes. This innovation will likewise assist the evaluation of the combination of gene expression and also its role at a cellular level, disclosing how numerous gene products work together to create physical and also chemical responses to both fixed as well as altering cellular demands.

Along with the potential to analyze many genes parallelly, microarrays’ victory can largely be awarded to the flexibility and versatility of array layouts. This methodology has been ameliorated these recent years which is why the significance of microarray technology has intensified to a greater extent.

Microarrays have the ability to keep track of the expression levels of countless genes. Such gene expression details can be utilized in therapeutics for assessing clinically important groups, disclosing novel subcategories of diseases, and also forecasting scientifically crucial results, such as the ones for treatment and survival. Microarrays are one of the profound high throughput technologies in the proteomics and genomics sector. In the recent decade, this technique has appeared as an excellent tool in molecular biology. In a short period of time, it may fulfill the increasing demands of the clinical community to compare the genetic patterns to a pathological condition. Microarrays guarantee a more biologically related, individualized, and significantly better norm for human life.

Combining DNA microarray with proteomics can help in understanding how pathogens react in the microenvironment. A detailed study of these reactions can help identify bacterial virulence factors and help design new vaccines.

This young technology has the potential to create opportunities for scientists to discover drugs at a faster rate. Further research in this area can lead to the discovery of personalized medicines depending upon the patients’ genetic buildup.