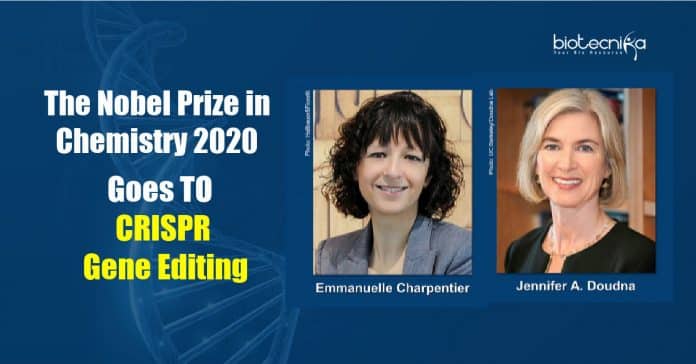 The Nobel Prize in Chemistry 2020

The Royal Swedish Academy of Sciences has announced the Nobel Prize in Chemistry 2020 award.

Emmanuelle Charpentier, from Max Planck Unit for the Science of Pathogens, Germany, and Jennifer A. Doudna, from the University of California, Berkeley, the USA, have been awarded the Nobel Prize in Chemistry, 2020 for “the development of a method for genome editing”

Genetic scissors: a rewriting tool of the code of life

Emmanuelle Charpentier and Jennifer A. Doudna have been awarded for their discovery, the CRISPR/Cas9 genetic scissors. This tool can be used for changing the plant, animal, and microorganism DNA with extremely high precision. This revolutionary technology has had an exceptional contribution to the life sciences. The technology is contributing to the latest therapies and might make the dream of curing inherited diseases a reality.

In order to find about the inner working of life, researchers need to modify genes in cells. This procedure used to be difficult, time-consuming, and sometimes impossible to carry out. The CRISPR/Cas9 genetic scissors enabled researchers to change the code of life within a few weeks.

Claes Gustafsson, chair of the Nobel Committee for Chemistry, says that the gene-editing tool has enormous power

, and has affected us all. The genetic scissor has revolutionized basic science. It has resulted in the development of innovative crops and is expected to lead to effective new medical treatments.

The discovery of the genetic scissors was not expected, as often in science. Emmanuelle Charpentier discovered a previously unknown molecule, tracrRNA, during her studies of Streptococcus pyogenes (a harmful bacteria). Her work showed that tracrRNA is part of the ancient immune system of the bacteria, CRISPR/Cas, cleaves the DNA of viruses and thus disarms them.

Charpentier’s work was published in 2011. She collaborated with Jennifer Doudna, an experienced biochemist the very same year. Jennifer Doudna has a vast knowledge of RNA. Together, they successfully recreated the bacteria’s genetic scissors with simplified components of the molecule in a test tube for convenience.

The duo then redesigned the genetic scissors in an epoch-making experiment. The scissors recognize DNA from viruses in their natural form, but Charpentier and Doudna proved that they can be made to make cuts in any DNA molecule at a specific site and thus proved that they can be controlled. It then becomes easy to redesign the code of life with the cut DNA.

Since the discovery of CRISPR/Cas9 genetic scissors in 2012 by Charpentier and Doudna, their use in research exploded. This tool has played a key role in major discoveries. Plant researchers developed crops that could withstand pests, moulds, and drought with the aid of this genetic scissors. In the field of medicine, clinical trials for new therapies for cancer are underway, and the dream of being able to cure inherited genetic diseases can soon be a living reality.

The Nobel Prize in Chemistry 2020 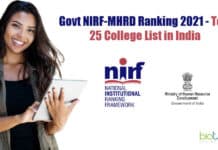 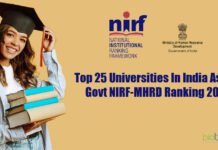 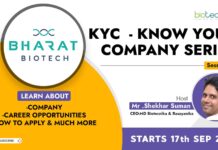