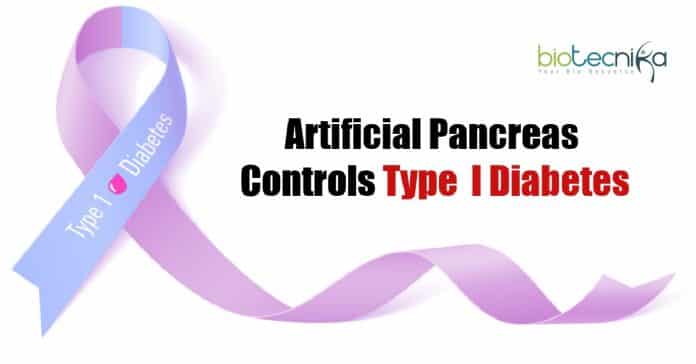 A clinical trial carried in the United States cleared an artificial pancreas system. It got certified from the U.S. Food and Drug Administration. The trials were carried out at four pediatrics diabetes centers in the states. The system effectively and automatically manages blood glucose levels in children with type 1 diabetes. The National Institute of Diabetes and Digestive and Kidney Diseases (NIDDK), part of the National Institutes of Health, funded the study.

This artificial pancreas (closed-loop control) is an all-in-one diabetes management system. It uses a continous glucose monitor(CGM) to track blood glucose levels, and when needed the system automatically delivers Insulin using an Insulin pump. This system replaces dependence on fingerstick for tests or on CGM for Insulin supply by multiple injections or a pump controller.

A total of 101 children between the age of 6-13 were enrolled for the study. The children were assigned to one of the two subgroups. One group used the artificial pancreas system, and the other control group used the standard CGM and a separate insulin pump.
Check-ins were reported along with data collection every alternate week for a duration of 4 months.

Participants for the study were directed to go about living their regular lives. This helped the researchers to understand better how the system works in the daily routines of the children.

The study reflected a total of approximately 11% improvement in the overall time-in-range goal. The study reported that youth using artificial pancreas reported a 7% improvement in regulating blood glucose range during the daytime. This range increases in the night time to 26% improvement compared to the control group. Regulation during the night is particularly important in patients with type 1 diabetes as unattended Hypoglycemia can lead to a seizure, coma, or even death.

R. Paul Wadwa, M.D., University of Colorado, Aurora (CU), mentions about the artificial pancreas technology. He says that the improvement in blood glucose control by the system was impressive in the study. He specially mentions the improvement in the overnight hours would let the caregivers and parents sleep better at night, knowing that the kids are safer. This would also mean that the children and their families would have to stop a few times lesser of everything they do in order to take care of their diabetes. Most importantly, kids can focus on being kids, he mentions.

Sixteen minor adverse occurrences took place in the group with an artificial pancreas. Most of these events were due to issues in the insulin pump equipment. No severe case of Hypoglycemia or diabetic ketoacidosis was reported during the study.

There is a Control-IQ system in artificial pancreas technology. There is an insulin pump in the system. It is programmed and designed with algorithms with advanced controls. With a mathematical model’s help based on a person’s glucose monitoring information, the system automatically adjusts the insulin dose. This technology is based on a system originally developed at the University of Virginia (UVA), Charlottesville, funded by NIDDK.

The four-month-long study was part of a trial series conducted in the International Diabetes Closed-Loop (iDCL) study. This study, funded by NIDDK by the Special Statutory Funding Program, is one of the four major research attempts to test and refine advanced artificial pancreas systems for type 1 Diabetes.

The forthcoming results from relative studies would further examine factors including safety, efficacy, user-friendly, and pricing of the system.

An artificial pancreas controls diabetes Type I in Children