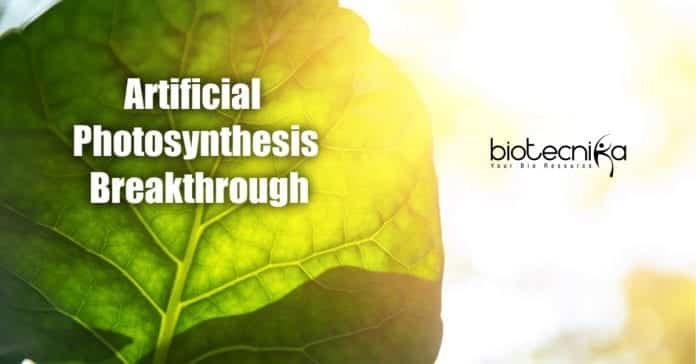 Device To Produce Energy Like Plants Developed At Cambridge

According to a team of Cambridge researchers, they have built a device that produces carbon-neutral fuel, marking a major breakthrough on the way to “artificial photosynthesis.”

The researchers said they could convert carbon dioxide, sunlight, and water into clean energy using the device wirelessly and without any outside electricity.

They hope that their discovery can be a step towards artificial photosynthesis, where sunlight can be converted into energy just like the plants do.

The first author of the study, Dr. Qian Wang from Cambridge’s Department of Chemistry, said in a statement that it was difficult to achieve artificial photosynthesis with a high degree of selectivity to convert sunlight into fuel as much as possible with minimum waste.

A “Photosheet” technology is being utilized in this new device. The device generates formic acid and oxygen, which can be either be covered into hydrogen to provide clean energy or be stored as fuel.

Erwin Reisner, the paper’s senior author, said they want to cleanly produce a liquid duel that can be easily transported and stored. The device they created to produce energy like plants is just 20 square centimeters, but it should be

easy to scale it up to several square meters, said the researchers. And this could make it possible to use on large farms.

The same team of researchers had previously developed an “artificial leaf” that produced syngas, a fuel. Since the device required a range of different components, they ran into many problems, making the fuel harder to scale up and work with. But the researchers said the new device is relatively stable and easier to make. It can produce reliable fuel in a more efficient way. But to produce the fuel in large quantities, it should be more efficient, and more work is required for that.

Professor Reisner said the new device that produces energy like plants might lead to sustainable and practical solar fuel production. The results were published in the journal Nature Energy.