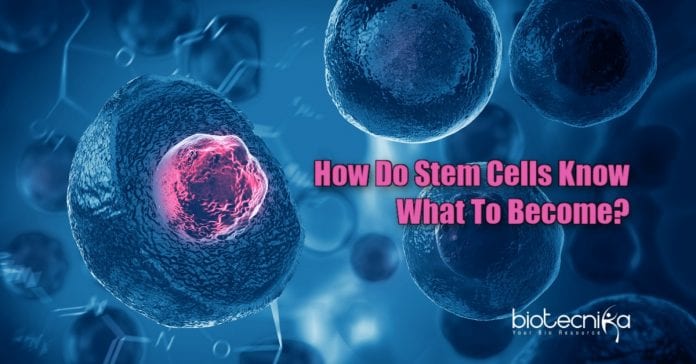 Role of RNA in Epigenetic Regulation And Stem Cell Differentiation

Each cell inside us has an identical set of genes or genome that instruct our cells for its form and function.

But how do cells differ from each other in structure and function?  And what helps the stem cells to become what they are destined to?

Researchers from the University of Colorado-Boulder published a study on July 8, answering that fundamental question. They concluded that molecular messenger RNA (ribonucleic acid) serves as a bridge between our genes and the so-called “epigenetic” machinery that turns them on and off, playing an indispensable role in cell differentiation.

If that bridge is flawed or missing, a stem cell on the way to become a heart cell will never learn to beat, reports the researchers in the journal Nature Genetics.

The paper comes out at a time when pharma companies are taking a keen interest in RNA.

The new research could pave the way to the development of new RNA-targeted therapies, from therapies for cardiac abnormalities to cancer treatments.

Thomas Cech, a Nobel laureate, distinguished professor of biochemistry and co-senior author, said each tissue has its own epigenetic programs due to which all genes are not expressed all the time in cells. The epigenetic program determines which genes are off or on at any moment.

The scientists were able to understand in detail that RNA is the key regulator of epigenetic silencing, and this system does not work in the absence of RNA.

Even though each cell has identical genes, cells in different tissues and organs express them differently, and the machinery that switches on and off these genes is called epigenetics.

But till now, it was unclear how that machinery works.

It is for the first time, John Rinn, a professor of biochemistry at CU Boulder and co-senior-author on the new paper, is reporting that RNA might be the key to this process.

RNA attaches itself to a folded cluster of proteins that regulate gene expression called polycomb repressive complex (PRC2), reported Rinn in a landmark paper published in Cell. Since then, several studies came up with findings on the same and claimed that different RNAs bind to different protein complexes.

Since then, more than 502 research papers have been published. A few dismissed the role of RNA in epigenetics, while some determined it as the key.

Using the latest available tools, Yicheng Long, a postdoctoral researcher in Cech’s lab, set out to ask this question again in 2015. Long bumped into Taeyoung Hwang, a computational biologist in Rinn’s lab after a meeting at the BioFrontiers Institute, and they decided to collaborate.

By removing all the RNA from cells using a simple enzyme, they determined if epigenetic machinery will still work. And the answer was ‘no.’

Using CRISPR technology, they developed a stem cell line destined to become heart muscle cells in which the PCR2 complex is not able to bind to RNA. And as a result, the epigenetic machinery was defective in the cells. The cells couldn’t act like heart cells, while normal stem cells started to look like heart cells. The mutant stem cells began to behave normally, once the PCR2 was restored. This proves the important role of RNA in the differentiation process and epigenetic regulation.

Previous studies have already shown that the risk of certain cancers and fetal heart abnormalities are boosted by genetic mutations in humans that disrupt RNA’s ability to bind to these proteins.

These findings will provide an inextricable link between epigenetics and RNA biology.