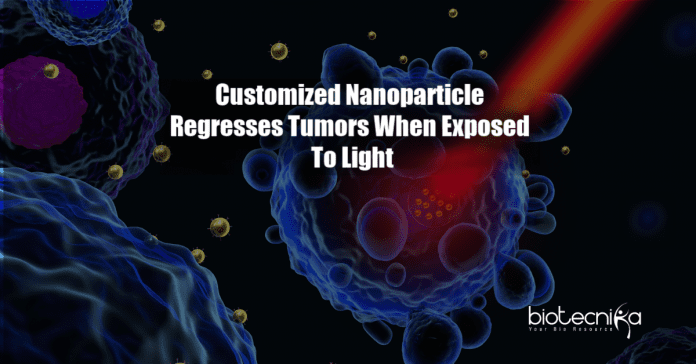 According to a group of scientists from Penn State Unversity, a unique nanoparticle to deliver localized cancer therapy prevents tumor growth in mice.

Nanoparticles with particular chemistry that enables a microRNA (miRNA) to attach to it were developed by Daniel Hayes, associate professor, biomedical engineering. When microRNA is matched to a messenger RNA (mRNA), it prevents mRNA from functioning. In this instance, miRNA constrains the mRNA from synthesizing proteins in a cancer cell – which are important for the survival of the cancer cells.

The outcomes of the study were published in the journal Biomaterials.

Adam Glick, professor of molecular toxicology and carcinogenesis said that this delivery technique gives you temporal and spatial specificity. As opposed to having systemic delivery of a miRNA as well as the associated adverse effects, you are able to supply the miRNA by subjecting it to light to a specific area of tissue at a particular time.

Daniel Hayes stated that having temporal and spatial uniqueness is essential when dealing with cancer therapies.

He added that the miRNA can have vastly various impacts in different tissues which can result in undesirable adverse and toxic effects. Delivering and triggering miRNA only at the site of the tumor reduces these adverse effects and the general performance of the treatment can be enhanced.

Yiming Liu, a biomedical engineering graduate in the Hayes Lab, was able to show that skin tumor in about 20 mice completely regressed within 24-48 hours, and most notably regrowth of the tumor was not seen when they were provided with the miRNA coupled nanoparticle and then exposed to light.

Furthermore, compared to other similar techniques, the specific miRNA used by Hayes and Glick might be more effective in killing cancer cells.

Liu said, what is different regarding this as a therapeutic is that the miRNA that we are using can regulate a wide collection of genes as well as is specifically effective to deal with a heterogeneous disease such as cancer.

This can refer to that the total effectiveness of killing a cancer cell is greater due to the fact that the therapy is attacking numerous points in that cell. Additionally, since the miRNA is able to pair with different mRNAs in the cancer cell, expanding the ways in which it can stop the cell from synthesizing proteins, it may likewise bring about a decline of a cancer cell’s capability to become resistant to the therapy.

The cancers in the skin, mouth, or gastrointestinal system – anywhere that could be subjected to light through a fiber optic cable may be responsive to this type of treatment.

Glick claimed that for internal tumors that are more significant in terms of fatality, such as esophageal cancer, they would wish to establish this research further.