India has now got its first locally developed indigenous pneumonia vaccine developed by the Serum Institute of India, Pune. With this, the country’s dependence on imports for immunization against pneumonia, a disease that contributes to most deaths in children under five years of age is significantly reduced.

The Serum Institute of India developed the Pneumococcal Polysaccharide Conjugate Vaccine and on Tuesday, and it received the approval for the vaccine by the Drugs Controller General of India (DCGI). Now, the vaccine can be manufactured by the Pune based company for use in India.

This vaccine is used in infants for active immunization against invasive disease and pneumonia caused by “Streptococcus pneumonia”.

Serum Institute of India had conducted Phase I, Phase II, and Phase III clinical trials of the vaccine, and based on the clinical evidence secured by the company after these trials, the regulatory granted the approval for the vaccine. These trials were conducted by the Serum Institute, in India and as well as in the Gambia.

A statement from the Health Ministry said that with the help of the Special Expert Committee (SEC) for vaccines, the Office of Drug Controller General of India has reviewed the application along with the clinical trial data.

In 2018, pneumonia had caused around 1,27,000 deaths in under-five children in India, and the country accounted for the second-highest number of under-five children deaths, according to Unicef. Since the manufacturers were all vaccine companies based outside India, the demand for this vaccine was met substantially by licensed importers in the country.

Many children, particularly female children, are still left out of the coverage even though immunization against the disease has improved in India led by government initiatives and awareness programs.

According to the experts, the vaccination will likely become more affordable and accessible with a locally made vaccine. 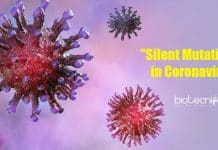