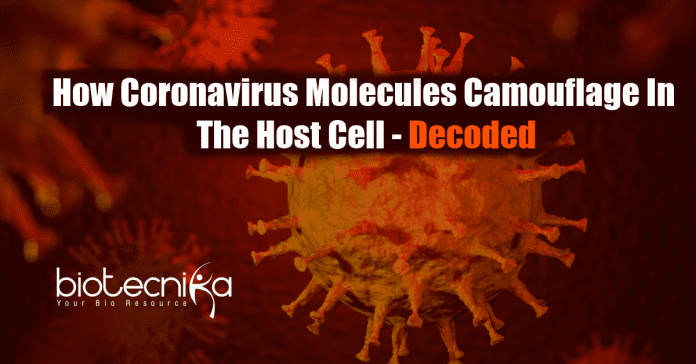 Scientists decode how coronavirus molecules camouflage in the host cell

The journal Nature Communications has released the outcomes of the study. According to the study, the molecule nsp10 modifies the viral mRNAs (which are blueprints for synthesizing proteins) to mimic the mRNAs of the host cells. According to the scientists from the University of Texas Health Science Center at San Antonio, the US the nsp10 protects the virus from the host cell immune reaction by enabling this modification.

Yogesh Gupta, a co-author of the study from the University of Texas Health Science Center said that it’s camouflage and due to the modifications, which mislead the cell, the resulting viral mRNA is currently considered as part of the cell’s own genetic code and not a foreign body.

As per the scientists, figuring out the 3-Dimensional structure of nsp16 paves the way for designing new COVID-19 drugs. Gupta claimed that

these medications can be made to inhibit nsp16 from making the modifications so that the host immune system acknowledging it as a foreign body would pounce on the attacking virus.

Robert Hromas, the study co-author said that Yogesh’s work found the 3-Dimensional structure of a crucial enzyme of the SARS-CoV-2 virus required for its replication as well as a target was found that can be used for the inhibition of that enzyme.

The researchers have actually suggested structural sites on the SARS-CoV-2 nsp10 molecule based upon the outcomes of the study, which they say can be targeted for the development of antiviral therapeutics.

Scientists decode how coronavirus molecules camouflage in the host cell