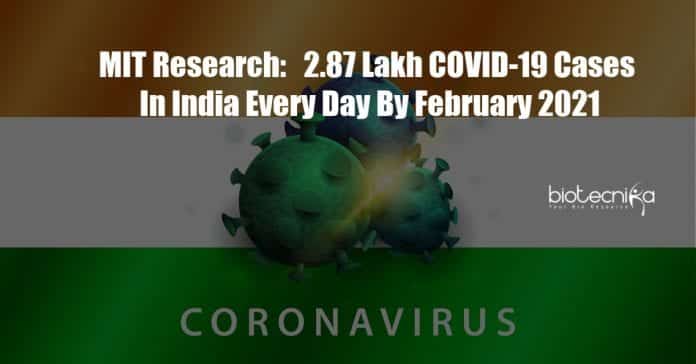 More than 700,000 COVID19 cases have been witnessed by India and stand third in the list of worst-affected countries. However, if a study by MIT researchers is considered – the worst is yet to come.

MIT researchers have anticipated that if a vaccine is not developed soon, India could be recording 2.87 lakh positive coronavirus cases daily in February 2021.

Presently, the United States is the worst-affected country with more than 3 million positive COVID-19 cases and more than 134,000 fatalities. According to the study by February India would surpass the United States. By early next year, the US would be recording 95,000 cases, South Africa would be recording 21,000 cases, and Iran would certainly be crossing 17,000 positive COVID-19 cases.

The study has revealed the importance of aggressive screening in containing the viral spread. The researchers say that delaying or slowing down screening could be deadly for large swathes of the population around the world.

According to their model, there could be 1.55 billion cases in 84 nations, however, the cases would substantially minimize to 1.37 billion with just a 0.1% increase in testing per day.

The research study states that both these scenarios project a very large problem of new COVID-19 cases in the fall (September-November) 2020, with hundreds of millions of cases focused in a few nations approximated to have inadequate responses given perceived risks (primarily India, but also the U.S.A, Pakistan, and Bangladesh). On the other hand, modifications in response plans would certainly make a major difference.

According to the government’s tally, till now, India has recorded more than 721,000 positive cases and more than 20,500 deaths.

India’s first COVID-19 vaccine prospect COVAXIN received the approval of the drug regulator Drug Controller General of India (DCGI) for the phase I and II of human clinical trials, however, regardless of the government’s push to obtain one out by August 15, 2020, a viable vaccine shows up some time away.

The study titled “Estimating the Global Spread of COVID-19 ” was published in the Social Science Research Network on 1 Jul 2020. 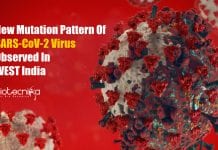 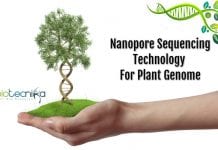