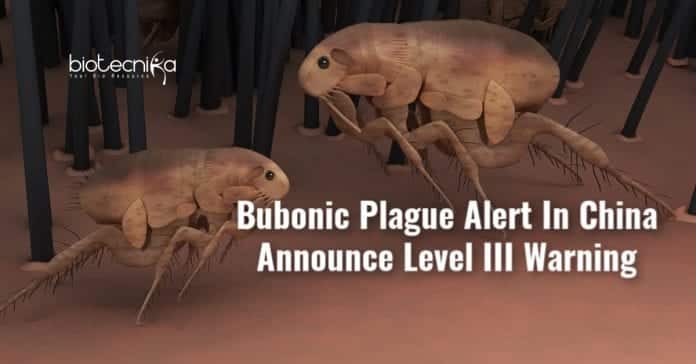 According to the official media in China, a case of bubonic plague was reported in a city in northern China on Sunday. The state-run People’s Daily reported online that a level III warning of plague prevention and control was announced in Bayannur, Inner Mongolia Autonomous Region.

On July 1, laboratory test results confirmed two cases of bubonic plague in Khovd province in western Mongolia, reported the state-run Xinhua news agency. A 27-year-old resident and his 17-year-old brother were found to have the disease. The officials warned people not to eat marmot meat, as the brothers had it before developing the disease.

Bubonic plague is a bacterial infection transmitted by fleas from rodents. Its a rare but serious zoonotic disease which can be transmitted to other humans or animals. The bite of an infected flea usually leads to the disease. Exposure to the body fluids of plague-infected animals can also result in the disease. The bacterium Yersinia pestis is behind the Bubonic plague. The bacterium causes two other plagues called Pneumonic plague and Septicaemic plague. If infected, the person would require urgent hospitalization.

If not treated in time, Bubonic plague can kill an adult in less than 24 hours, according to the World Health Organisation (WHO). 30% to 60% of the infected people could be dead due to this plague without treatment.

Swollen lymph nodes in the armpit, neck, or groin, which can be as big as a chicken egg is one of the prominent symptoms of bubonic plague. Other symptoms include chills, fever, fatigue, muscle aches, and headache.

More than 3,200 cases of bubonic plague were reported from 2010 to 2015, which caused 584 deaths. Bubonic plague had caused Black death in Europe, Africa, and Asia in the 14th century. More than 50 million people were dead, wiping out 25% to 60% of the European population.