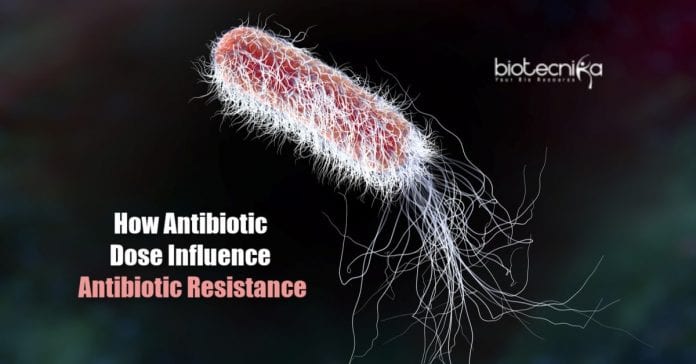 Antibiotics And Emergence Of Antibiotic Resistance In Bacteria

Human health is facing a major threat globally called the Antibiotic Resistance. By 2050, around 10 million people might die every year from such resistant infections. It is important to understand how the use of antibiotics can lead to the emergence of resistance to treatment, as antibiotics are important in many areas of medicine.

Moderate doses of antibiotics prevent the emergence of antibiotic resistance, discovered researchers from the University of Oxford’s Department of Zoology. The resistant cells are harmed on antibiotic exposure, which limits the possibility of establishing successful populations by individual resistant cells. The findings were published in PNAS, which brought two major insights:

The scientists were trying to figure

out how the dosage of antibiotics influenced the emergence of antibiotic resistance in bacteria, said Prof. Craig MacLean, lead author of the study at the University of Oxford. Although many scientists had studied this previously, MacLean and the team approached the problem with a unique perspective that involved studying the emergence of resistant bacterial populations from individual cells.

Since the bacteria were too small, the work was challenging, said Prof. Craig MacLean. But surprisingly, they were able to come up with two major implications. First, they found that individual resistant cells experienced harmful effects even when low doses of antibiotics were used. Second, they saw high variability in the response of individual cells to antibiotics and how the growth of bacterial populations is influenced by this.