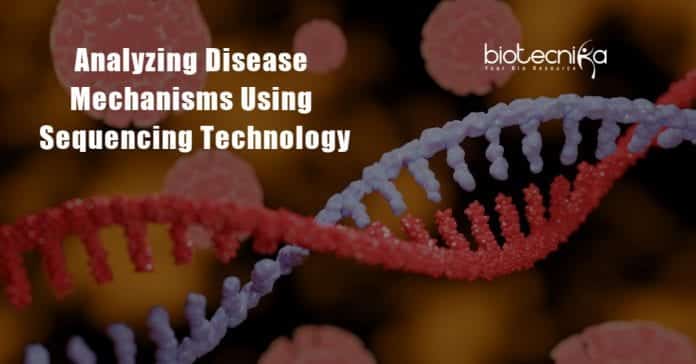 Understanding the mechanisms of rare nucleotides thought to play a vital function in the development of some disease will be made easier with the new technologies efficient in sequencing single molecules.

How emerging sequencing technologies will certainly transform our understanding of these molecules, eventually leading new drug targets was described in a review paper, led by a scientist at the University of Birmingham.

The gene expression to synthesize protein involves a messenger RNA. Just like DNA, RNA contains the 4 nucleotides, few of them carry decorations called the epitranscriptome – the epitranscriptome includes all the biochemical modifications of the RNA within a cell. These modified nucleotides are important enhancements to the genetic code whose features are little recognized. However, they have been linked to diseases like cancer, neurological disorders, and obesity.

Researchers have been interested in these rare modified nucleotides since their discovery more than 40 years earlier, however, due to technical problems, they had been really tough to check out in specific genes. Nevertheless, since many human parasites and viruses have

The research of these modified nucleotides was limited until now as they happen so seldom, as well as to identify the modifications, existing technologies have not been sufficiently fine-tuned.

Oxford Nanopore Technologies has come up with a new technology, which is promising to overcome existing sequencing drawbacks, with extremely selective sequencing abilities. By determining particular nucleotide targets related to particular diseases, medication manufacturers will certainly be able to begin to explore inhibitor drugs that can hinder the molecules and also affect the development of the disease.

It is particularly difficult to detect these modified nucleotides and priorly it was impossible to examine their occurrence in the whole genome with high confidence, said Dr. Matthias Soller, Lead author of the study, the University of Birmingham.

Earlier it was only possible to check out one modification at once, however, it is greater than just one and they are likely hiding ‘a yet to discover code’, said Dr. Ina Anreiter, first author of the study and Schmidt Science Fellow, University of Toronto. This novel technology will actually enable a step-change in how we come close to modified nucleotides. It will show us where the molecules are present within the genome – a ‘real-time’ topographic map, and how regularly they take place. This will certainly be really vital in constructing further study into their function and offering us new understandings into exactly how these molecules lead to diseases in humans.

To further establish these sequencing devices there is lots of work yet to be done, consisting of improving the machine-learning capability for interpreting the sequencing signals, however, progress is happening swiftly and it is assumed that we will certainly be seeing some really interesting outcomes emerging from this study, said Dr. Soller.

The outcomes of the research ‘Analyzing disease mechanisms using new sequencing technology’ are released in the journal Trends in Biotechnology.