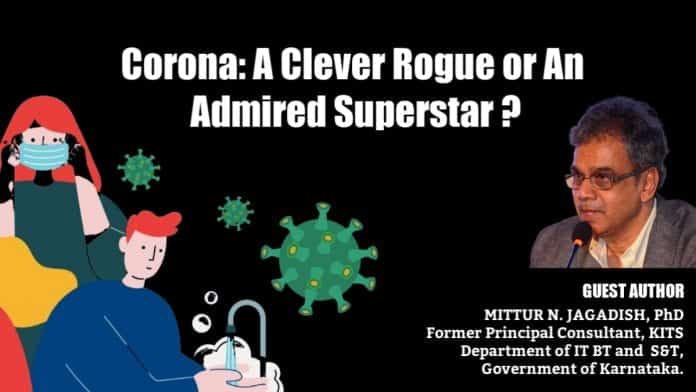 How Coronavirus Affected Our Lives

“We Live and Die by Time- And we must not commit the sin of losing our track on time,” Chuck Noland (Tom Hanks) said to his only devout companion Wilson (a non-speaking object – volleyball) in the Hollywood movie “Cast Away” during his struggle to survive over 1500 days on a desolate wilderness coast all by himself with no other humans or animals or bare essentials. Keeping track of what we do during the time in hand will determine its effect on the present and more importantly, on the future which will certify whether it was a sin or a virtue. It may be too late also but Chuck lived on as he did not lose his track on time.

Well the world now has been hit with the thumping pandemic Covid19 disease disturbing 7 billion-plus humans’ way of modern living!  How could this happen?  Did we or did we not commit the sin of losing our track on time? This is where lies the question to all of us at this time of Coronavirus–SARS–CoV-2 disease driven worldwide crises. There will be varied answers and justifications many of which will be filled with guilt.

Everyone from the poorest of the poor homes at one end of the human world to the richest of rich at the other end, crossing all divides and barriers including the language, are saying only one-word hundreds of times each day every day “Corona”! “Corona”! “Corona” in different tones!!!  Well, will this disease-causing agent be remembered as a Rogue or as a Superstar after ending the ongoing crisis?  It depends on whom it is asked to!

How Coronavirus Affected Our Lives: Is SARS–CoV-2 a Rogue?

If asked to the decision-driving officials in national/international organizations,  heads of governments, police, and security, maybe even many medicos all now working day and night uncertain of the nature of the virus and its dogged effects on the society- it is a definite rogue! It appeared just like that without any loud and clear announcements for full comprehension or giving hints for strict instructions by the political or bureaucratic hierarchy to devise strategies ahead of time!

Simultaneously conscious and highly nervous of their own immune-susceptibility to the virus while fighting to mitigate the challenges of the invading rogue, no decision of theirs has been flawless, leading to an unbelievable amount of inconvenience to millions of people. Need to be noted that, the virus has caused only a very slight inconvenience in the daily routine of many middle and upper-class people!

It has only morphed them to stay at home or even work from home in the presence of family, pets, and the familiar noise of any average family which many have actually preferred.  But, no markets, no malls, no cinema houses, no live parties, no pubs, no dancing bars, and no maids –Missing out on these luxuries, there have been cries of desperation as well as complaints against the authorities.  In particular the destruction of our economy affecting our livelihood!  We do not deserve this rogue and consequences thereof!

How Coronavirus Affected Our Lives: Is SARS–CoV-2 a Superstar?

On the other hand, the same question asked to children, naturalists, plants, birds, insects and animals, saviors of the planet earth which was inherited and ordained to be passed on to the next generations,  Coronavirus – SARS –CoV-2 is a superstar. It has been a remarkable alert! The injured earth needed a healer. We needed a world-unifier of a kind that was never there at least during the last 100 years or earlier.  No Gandhi, Einstein, Martin Luther King, Mandela, Mother Theresa, No Reformers, No Actors, Rock Stars, Soccer or Cricket Stars, No Gurus, Pastors, or Mullahs could bring the entire world’s attention onto one stage.

Even prophets of any faith could not bring all humans on one issue! Corona- a simple invisible virus has done it – It is a superstar – a supreme warrior it may be! Perhaps it is the frontline soldier from Mother Nature to mankind to heal the planet by forcing every single human to introspect and correct!  This is work in progress towards a world that has to be healed in a hurry to nurture future children, grandchildren, birds, insects, animals, plants, rivers, forests, valleys, mountains, and so on.

Not to be concerned – the economy will bounce back because there are demands and there are providers. It will be a different and better type of economy – the one that is in tune with nature – the one that can reverse the ill effects of climate change. Thank you so much Superstar.

Innocent Sufferers:  Is it really the fault of Coronavirus-SARS–CoV-2?

Caught in between and in contrast to the above two, several decisions in the wake of restricting the spread of the virus have caused absolute misery to a huge number of people in daily earning wages category and even more so to the migrants rejected by the cities in India and other poor nations. They have been on the move to safe and secure places of their own birth.  On their way, many would have surrendered to the violence of hunger, many other types of illnesses, and even fatalities owing to lack of timely access to water, food, shelter, and medical facilities.

Such is the nature of the new invader- it has caught the best of the best governments off guard! It is such an agent- the hardworking officials may be shouting loudly- Hello – we are doing the best we can!  It has been a very tight dilemma! We need to prevent the virus from taking lives; we need to ensure the hospital system to be ready! We need to protect the frontline workers!  We do not have definitive drug therapies or preventive vaccines!  The weak underbelly of nations has been exposed.

But the big question is- have they not failed by losing their track on time when they had the time and resources?

How Coronavirus Affected Our Lives: Purpose of the visit by SARS–CoV-2

Whether it is a rogue or a superstar, Corona has unequivocally revealed layer after layer the irresponsible behaviors of humans, the violent practices of ill-treatment to the innocent animals, inadequacies of the administration, neglect by the disease surveillance institutions, and the weakening public health system in both rich and poor nations. This is similar to how a Computed Tomography (CT) Scan Medical Imaging Instrument reveals the inner truths layer by layer of a human body!

At its worst, Corona has disrupted the so-called sophisticated and the highly evolved basic fabric of life which was eating up the goodness of nature. Seeking attention, it has questioned the human world on priorities! Is it the health of the planet and its inhabitants or is it creating zillion-dollar economies no matter what?

Warnings about the drastically crumbling planet earth have been many and in various forms! Humans did not pay enough attention. The previous pandemic alerts we have been given as a warning every 100 years- the Plague (1720), cholera (1820) and Spanish flu (1920)- along with several other frequent epidemics and endemic minor alerts such as SARS-CoV1 (2002-04) MERS (2012); outbreaks of vector transmitted diseases such as Chikungunya and Dengue; Global Warming! Our greed has continued to disrupt the level playing field nature has created over billions of years.

Agreed OK! Humans not smart enough to comprehend Nature’s natural signals! Well, how about the alerts from fellow humans in a simple language that the powerful leaders could actually understand and pay heed to!  How could they not even consider such messages? Shame!

Gandhiji said last century: “The world has enough for everyone’s needs, but not enough for everyone’s greed”! In his video on planet earth released in 1995, singer superstar Michael Jackson said “The Planet is sick – like a fever.  This is our last chance to fix this problem that we have. It starts with us, or else it will never be done”!  There was Vice President Al Gore’s release of a book titled An Inconvenient Truth in 2006 with a focus in climate change and its effect on earth; Movies such as Contagion was released in 2011 which seems extremely similar to the current crisis; A talk in 2014 by the then President Barak Obama on the dangers of future pandemics; or really closer to people how about a Ted Talk by Bill Gates in 2015 alerting the world on the possibility of pandemics if we do not invest to prevent.

In the name of exploration and capitalism, our greed has extended to the poles, to the stars and to other planets.  Nations are fighting over claiming ownership and sovereignty in what truly belongs to nature- to the universe.  Trips are being arranged for rich people to disrupt the pristine serenity and virginity of poles and other planets.

Yes warnings have always been there. What has not been there is a coordinated grasp of the severe danger looming on us, our way of life, and our future! In the name of innovation, the world has progressed at a rapid pace so that any amount of excess can be gained remotely and rapidly with finger and even mind clicks!  OK,  but this should not have been at the expense of the fundamental grassroots work required to sustain the planet –This is the reminder from the messenger, call it a rogue or a superstar!

How Coronavirus Affected Our Lives: Will we be ever able to touch and hug each other?

The arrival as a rookie variant of earlier versions of its cousins such as SARS-CoV1 and MERS, it has turned the world and its inhabitants upside down to teach each and every human being a very hard lesson. But, are we learning is the question?

OK- we have learned the lesson from Corona – a very hard one in that! We will be good humans.  But can we please go back to a few good habits we had cultivated? Like being physically together – to be able to touch each other to greet, to hug, to cheer together at prayers, at concerts, at sporting events, at meetings, at social get-togethers? To express emotions together! To walk freely with love and respect to others, more importantly to nature; to revere creations of nature- the animals and forests, the oceans and rivers, the mountains and hills, the air and water, the planet- our planet earth.

Yes- it is possible! Then again- the challenge put by nature is on human ingenuity. New drugs and vaccines need to be invented. There is no magic cure and it will take time a year or two or three.  This discovery period is also the one that is undoubtedly the testing period of human behavior. Convinced and perhaps injured, Corona the front line warrior, the rogue will go away pulled back by Mother Nature having made its superstar mark on earth.

About Our Special Guest Author:

Editor’s Note; How Coronavirus Affected Our Lives, Is coronavirus a rogue or a superstar? 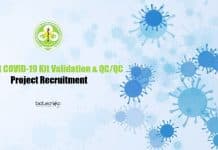 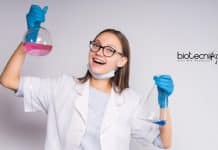