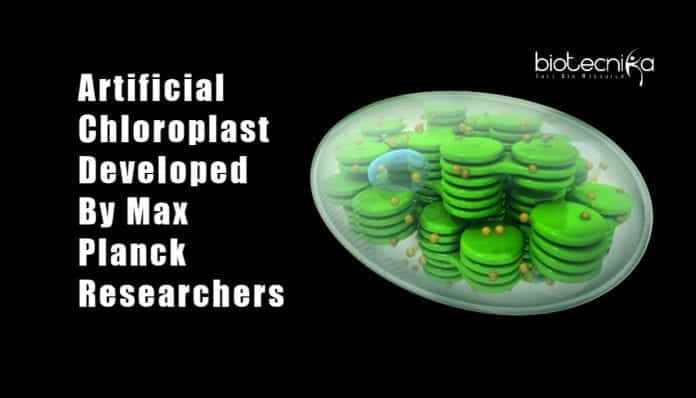 Microorganisms and plants have evolved the remarkable process – photosynthesis in the past billions of years. Photosynthesis transforms sun energy into chemical energy, hence supplying food and oxygen to all life forms on earth. One of the most important natural engines on the earth is the chloroplasts – cellular compartments housing the molecular machines. A lot of researchers consider the “Apollo project of our time” – artificially reconstructing and controlling the photosynthetic procedure. It would certainly imply the capability to produce clean energy simply from light and CO2 – clean fuel, carbon compounds such as antibiotics, etc.

How is a living photosynthetic cell developed? The vital step in imitating the procedures of a living cell is to get its components to collaborate at the correct time as well as the right place. This pioneering objective is pursued in an interdisciplinary multi-lab initiative, the MaxSynBio network, at the Max Planck Society. The Marburg’s researchers have

successfully succeeded by developing “artificial chloroplasts” – a platform for the automatic construction of cell-sized photosynthetically active compartments. These have the ability to use light to capture and transform CO2 – the greenhouse gas. The study team was led by Tobias Erb, Director.

The researchers from Max Planck took advantage of two recent technological advancements. For the novel biological systems’ layout and construction, such as reaction networks for the capture and conversion of CO2  – Synthetic biology. And for the assembly of soft materials like droplets which are cell-sized – Microfluidics.

Tobias Erb said, “A power component was initially required that would certainly enable us to power chemical reaction in a sustainable style. The energy for CO2 fixation in photosynthesis is provided by chloroplast membrane, and we intended to manipulate this capability”.

The isolated photosynthesis apparatus from the spinach plant showed to be robust enough that it could be made use with light to drive single reactions and even more intricate reaction networks. The scientists used their own artificial metabolic module, the CETCH cycle for the dark response. The module contains 18 biocatalysts that transform CO2 much more efficiently than the natural plant carbon metabolism. Researchers succeeded in light-controlled fixation of CO2 in vitro, after several optimization rounds.

Setting up the system within a defined compartment on a micro range was the 2nd obstacle. It must likewise be easy to automate production with a view to future applications. Scientists developed a system for encapsulating the semi-synthetic membrane in cell-like droplets, in cooperation with Jean-Christophe Baret’s laboratory, the Centre de Recherché Paul Pascal (CRPP), France.

Thousands of standardized droplets that can be separately equipped according to the desired metabolic capacities can be created by the microfluidic platform. “Countless identically equipped droplets can be generated or specific properties to individual droplets can be given. These can be managed in time and space by light,” said Tarryn Miller, a lead author of the study.

The bottom-up strategy offers crucial advantages as compared to conventional genetic engineering on living organisms. It concentrates on minimal design, and it is not always bound to the natural biology limits. Tobias Erb said, “The platform permits us to understand novel solutions that nature has not explored throughout development”. The results hold a terrific perspective for the future as per his viewpoint. The research is published in the journal Science. The authors were able to show that equipping the “artificial chloroplast” with the novel enzymes and reactions led to a binding rate for CO2 that is 100 times faster than previous synthetic-biological techniques. “We are just at the starting of this amazing advancement – In the long term, life-like systems could be applied to virtually all technological areas, including medicine, material science, and biotechnology.” Additionally, the results are an additional step in the direction of getting rid of one of the greatest obstacles of the future – the ever-increasing concentrations of atmospheric CO2.