Home Biotech News New Mutant Strain Of Coronavirus Could Be Causing More Deaths In The... 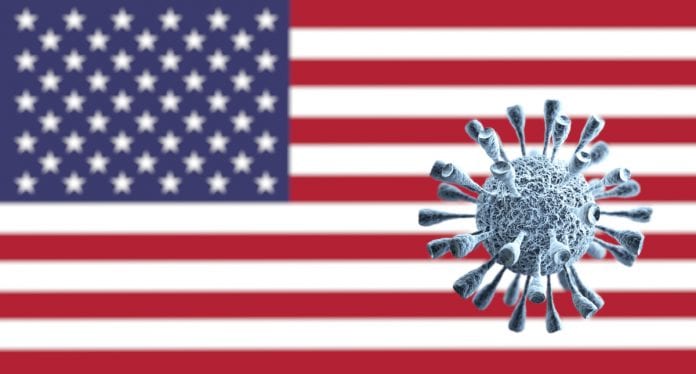 According to a preprint from researchers at the Los Alamos National Laboratory, the dominant strain of the coronavirus that has killed more than 70,000 people in the United States is a mutant strain of the original SARS-CoV-2 virus originated in China last year.

Researchers identified the strain more contagious than other strains and named it as D614G. According to the paper which has not been peer-reviewed yet, this strain of virus started spreading in Europe in February and then later spread to the US, becoming the dominant strain there.

The new strain appeared in Italy for the first time in late February, the same time when the original virus started spreading around. One of the first states to get hit by the virus in the United States was Wahington, where the original strain started spreading in late February. However, by March 15, the mutant strain of SARS-CoV-2 dominated Washington. The mutant virus dominated in New York also, which was hit by the original virus by March 15. This new coronavirus strain could be causing more deaths in the United States.

The researchers identified 14 mutations of the virus when they analyzed the genome sequence of viruses that spread across the world. But D614G is of “urgent concern,” they noted. According to scientists, the new strain of the virus is spreading fast, and it may leave individuals susceptible to a second infection.

Bette Korber, the leader of the study, quoted on Facebook that such strains are more transmissible when viruses with this mutation enter a population and rapidly begin to take over the local pandemic.

The virus descended from the European outbreak seems to have spread more extensively than the Chinese one. This could be because it is more transmissible or because of the late interventions, he said.

Angela Rasmussen, a Columbia University virologist, tweeted that the Los Alamos study is not enough to confirm that the new coronavirus strain D614G is a more transmissible form of the virus and is causing more deaths in the US.

While scientists have become hopeful in developing a vaccine, the studies, if believed, is pointing towards the possibility for the COVID-19 virus to mutate. The vaccine development process may get complicated due to mutations, and this motivated Los Alamos scientists to conduct the study in the first place.