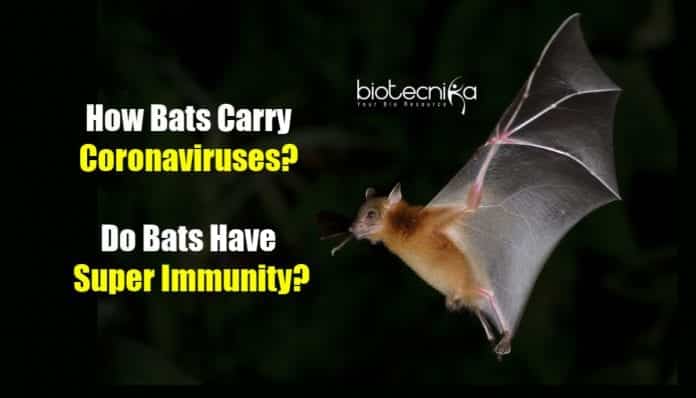 A team of researchers from the University of Saskatchewan has unveiled how bats can carry the Middle East respiratory syndrome (MERS) coronavirus without getting sick. This new research could shed light on how coronaviruses jump to humans and other animals.

Bats are thought to be the original hosts of coronaviruses like SARS, MERS, and the most recent SARS-CoV-2. While these viruses cause fatal disease in humans, bats seem unharmed due to some reasons previously not understood.

The researchers wanted to understand why bats don’t get sick even if they carry them. USask microbiologist Vikram Misra said the MERS virus doesn’t shut down the immune response as it does to humans.

According to the research findings published in Scientific Reports, the MERS coronavirus can persistently infect cells from an insect-eating brown bat. This is due to the important adaptations of viruses and bats to work together.

The MERS coronavirus enters a long-term relationship with the bat cells, instead of killing them. The super immune system of bats allows them to host coronaviruses.

However, the coronaviruses get a chance to spill over to other species because of some diseases, habitat loss, or wet markets.

The immune system- virus balance of the bats, gets disrupted when they experience stress to their immune system. This disruption could allow viruses to multiply.

One of the world’s largest containment level 3 research facilities, USask’s Vaccine, and Infectious Disease Organization, carried out the research.

Though researchers could not understand what is really going on, they saw that the MERS  virus could quickly adapt itself to a particular niche, and this explains how the virus can jump from species to species so easily.

Darryl Falzarano, a scientist at VIDO-InterVac, co-led the study. He was the first to develop a potential treatment for MERS-CoV and is now working on developing a COVID-19 vaccine.

The novel coronavirus has infected more than 3.5 million people and killed seven percent of the infected worldwide. In contrast, only 2,500 people were infected during the MERS outbreak, out of which one in every three people died. Bats are believed to the ancestral host of both MERS and SARS-CoV-2 virus. No vaccine is available for both infections yet.

The molecular interactions of these viruses with bats are not fully understood, said Misra. A previous study in 2017 by USask researchers had shown that the bat cells could host coronaviruses persistently for at least four months of hibernation.

As a result, the adaptations allow viruses to stay long-term in the bat, but not causing harm to its host. This continues until stressors like a disease upset the equilibrium.

The research team is planning to study how the virus adapts to infection and replication in camelids and humans. The study is crucial to predict the next bat virus that could cause an outbreak.