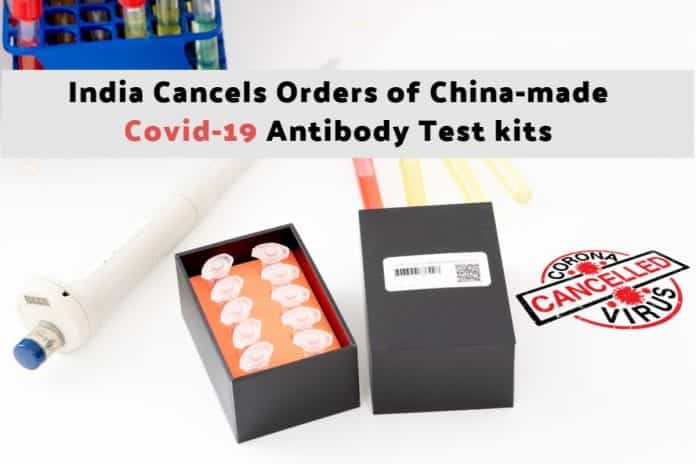 After the testing kits got from China were found faulty in field conditions, India has canceled orders for around half a million rapid testing kits from China. The kits that were already in use in several states are also being withdrawn.

In people who may have had Covid-19 infection, these rapid testing kits are meant to detect antibodies in their blood. Authorities can quickly understand the scale of infection in a particular area using this as they take around 30 minutes to deliver a result. However, several scientists have raised concerns over their use for diagnosis and the rapid testing kits cannot test for coronavirus itself.

Meanwhile, these claims made by India have been rejected by China. In a statement, a Chinese embassy spokesperson, Ji Rong said, “China prioritizes the quality of medical products exported. Looking at issues with pre-emptive prejudice and labeling Chinese products as ‘faulty’ is unfair and irresponsible.”

Amid concerns that India was not testing anywhere close to enough, several states had been pushing the Indian Medical Research Council (ICMR) to allow testing with the kits. Importing the kits from two Chinese companies, ICMR cleared the way though

it was initially reluctant.

However, soon after, there were complaints from the states about the kits having an accuracy rate of only 5%, adding that the tests had shown a “negative” result for antibodies even on patients who they already knew were positive. ICMR’s quality checks were carried out and the test kits failed in those checks also.

After the price of the tests was capped by Delhi high court and was suggested that the government had overpaid, the issue became further complicated.

Officials stated that as the entire shipment has been canceled and they had not paid the amount in advance, India would not lose a single rupee from canceling the ordered kits.