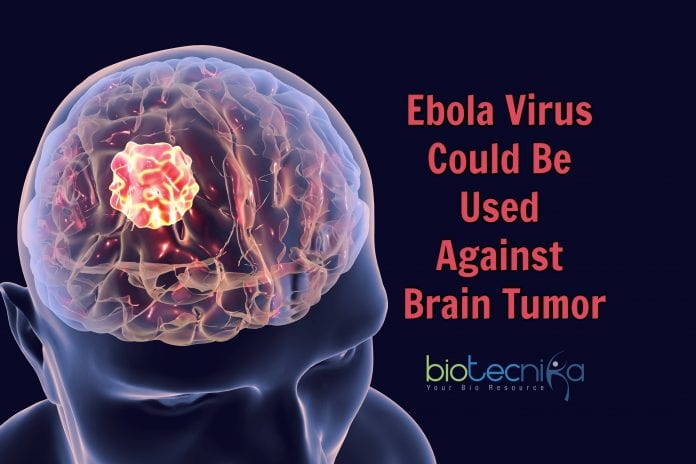 Glioblastomas are lethal brain tumors that kill more than 10,000 people a year. They are relentless and hard to treat. But it could be treated using one of the deadliest Ebola viruses, said Yale’s scientist Anthony van den Pol. Van den Pol, a professor of neurosurgery at Yale, published the new research in the Journal of Virology Feb.12 edition.

Most of the cancer cells lack the ability to induce an immune response against the invading pathogens like viruses. This inspired scientists to use viruses for the development of effective treatments against cancer.

Scientists, including van den pol, experimented with a combination of genes from multiple viruses and chimeric viruses to avoid the risk of potentially dangerous infections. These viruses can attack cancer cells without affecting normal healthy cells.

Ebola virus has a set of seven genes that contributes to its high lethality, helping them to avoid the immune response. Van den pol was intrigued by this fact. He was researching the use of tumor-killing viruses for more than 15 years

His team experimented with a chimeric virus that contains a glycoprotein gene with a mucin-line domain (MLD), one of the genes from the Ebola virus. The MLD plays a crucial role in the Ebola virus to hide them from the immune response. The MLD helped selectively target and kill glioblastoma brain tumors when they injected the virus to the brains of mice with glioblastoma.

The viruses with MLD appears to be beneficial in inducing an immune response against cancer cells, but not the normal healthy cells.

Viruses with MLD are safer compared to common viruses without MLD, as it replicates less rapidly.

In the future, these viruses with MLD from Ebola could be used hand in hand with surgery to fight and get rid of glioblastoma tumors and prevent the possibility of cancer to recur.