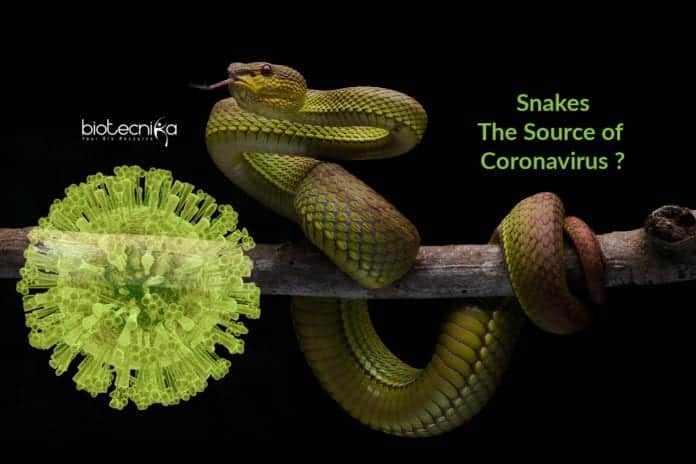 The source of coronavirus that triggered the outbreak of deadly infectious respiratory illness in China could be the Chinese snakes Chinese cobra and Chinese Krait.

The Chinese krait, also known as the many-banded krait or Taiwanese krait is a highly venomous species of elapid snake found in southern and central China and Southeast Asia.

The illness was first reported in the city of Wuhan in December 2019, and since then it was rapidly spreading. The infected people in China also infected the people in many other countries including the United States.

What is a coronavirus?

Coronavirus has a shape that resembles a solar corona or crown when viewed under an electron microscope which gave the virus its name.

The major medium of transmission of coronavirus is through the air and the virus primarily infects gastrointestinal and the upper respiratory tract of birds and mammals.

Although most of the coronaviruses cause only mild flu-like symptoms, MERS-CoV and SARS-CoV caused severe respiratory illness and complications in humans affecting both upper and lower airways.

Even the new coronavirus causes symptoms similar to that of MERS-CoV and SARS-CoV. Severe inflammatory responses were found in those infected with the virus. There is no antiviral treatment or approved vaccines developed against coronaviruses yet.

Understanding the source of the virus, how the virus transmits and replicates will help the scientists to develop a treatment for the infection.

The previously reported MERS and SARS infections were considered as zoonotic transmissions as the first infected person got the infection directly from animals. This happened because the virus, while they were inside the animal body, underwent a series of genetic mutations that made them capable of infecting humans.

Now the viruses can transmit from one person to another. Studies had shown that the source of MERS-CoV and SARS-CoV were bats and animals like camels and masked palm civets played as intermediate hosts between bats and humans respectively.

Most of the first group patients infected this time were customers or workers at a local seafood wholesale market in Wuhan which sold processed meats and live animals like sheep, donkeys, poultry, badgers, bamboo rats, foxes, camels, and reptiles. There is no report of finding coronavirus in aquatic animals yet. So it could be possible that the infection originated from other animals sold in the market.

The new publication in the Journal of Medical Virology strongly supports the hypothesis that the infection could have jumped from an animal at the market. The scientists, when conducted a genetic analysis and comparison of the new 2019-nCoV virus with other coronaviruses, found that the new virus is closely related to the bat SARS-like coronavirus samples from China suggesting that bat could be the source of this new virus also.

Also, the viral RNA coding sequence of the spike protein that forms the ‘crown’ of the virus indicated that the bat virus might have mutated before it infected humans. More detailed bioinformatics analysis of the viral sequence suggested that the source of coronavirus could be snakes too.

From bats to snakes

Wild bats are often food to snakes. There is a possibility that the 2019-nCoV might have transmitted from the host species bat to snakes, and then to humans at the beginning of the outbreak as there are reports that snakes were sold in the Wuhan Market. This suggests that snakes could be the source of new coronavirus in China.

However, it is a mystery that how the virus can survive in both cold-blooded and warm-blooded animals. But there is a need for further laboratory experiments to confirm the origin. The first thing to do would be searching for the 2019-nCoV sequence in snakes. However, it is challenging to trace the new virus source animal as the seafood market has been disinfected and shut down since the outbreak.

This is a reminder that people will have to limit the consumption of wild animals to protect themselves from such zoonotic infections. 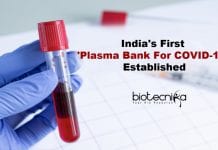 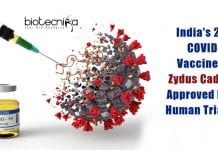