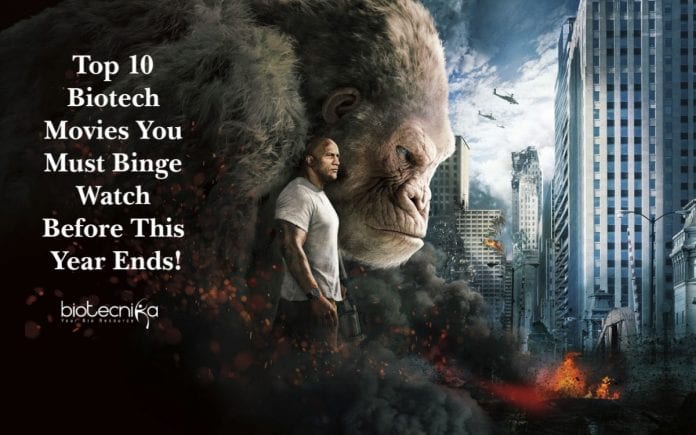 How About Science Fiction that is more inclined towards Biotechnology?

Hailing from Life Science background, this will surely excite you! We present you a list of Best Biotech Movies- Top 10 Must Watch Movies

This is an all-time favorite movie. I’m sure sci-fi lovers would have watched this movie, but if you haven’t, then please consider watching this classic. The film draws on concerns over reproductive technologies that facilitate eugenics, and the possible consequences of such technological developments for society.

A movie based on Genetics study, i.e., a study on heredity and the variations that occur on heritable traits, is considered as our first biology movie. Released in 1997 and directed by Andrew Niccol, the film Gattaca tells the story where one’s genetic makeup determines people’s societal classes. It’s safe to say that this movie predicted gene editing and CRISPR technology decades before they were invented.

Set in a future society in which most children are conceived in-vitro, and disease is predetermined using genetic selection techniques, the GATTACA speaks the story of one of the last naturally conceived children. Watch the movie to know more about his real-world struggles and the ways he overcomes it.

Davis Okoye, a primatologist, who is close friends with a rare albino silverback gorilla, has his life turned upside down when he discovers CRISPR has been used to mutate his primate buddy into a gigantic, uncontrollable beast. Rampage feature second on our list of Best Biotech Movies.

The premise of this film is that CRISPR technology is designated as a “Weapon of Mass Destruction and Proliferation,” and a biopharma company has misused the science, creating large, hybrid animals, who have unchecked aggression. Okoye struggles through the action-packed movie to try to reverse the CRISPR process to save his gorilla and set right the “science went wrong.”

In 2003 the movie was released. This movie is based on the Biotechnology concept, the very idea of cloning. Cloning is the process of creating copies of DNA, cell, or organisms. This biology movie deals with the story of first-ever cloned human beings and the search for everlasting life.

A world-famous pianist and composer, who finds out that she has multiple sclerosis, a degenerative nerve disorder that will gradually stop her being able to perform, she asked friend, a revolutionary reproductive researcher, to assist her creating her clone so that she can pass her music onto her daughter. Even though cloning of humans is illegal, the scientist agrees for the same. The film raises ethical concerns about human cloning.

Released in 2013 we had to include this in our list of Best Biotech Movies. Elysium imagines life in the year 2154. Elysium revolves around Biotechnology. A technique that allows society to cure disease. But there’s a twist! Only the rich people who live on a space station, have access to this technology. Meanwhile, the earth is overpopulated, and people suffer from poverty and famine. An American embarks on an epic mission to bring equality to the world divided by access to scientific developments. Will his efforts save the world?

The New Blade Runner- Blade Runner 2049 has won 2 Oscars for cinematography and visual effects, this film deserves mention in our list. As in the original movie, bioengineered humans known as ‘replicants’ are slaves.

The lead character in the film, played by Ryan Gosling, is a ‘Blade Runner’ whose job is to track down and kill ‘rogue’ replicants. If you liked the original films, this movie is a must-watch. 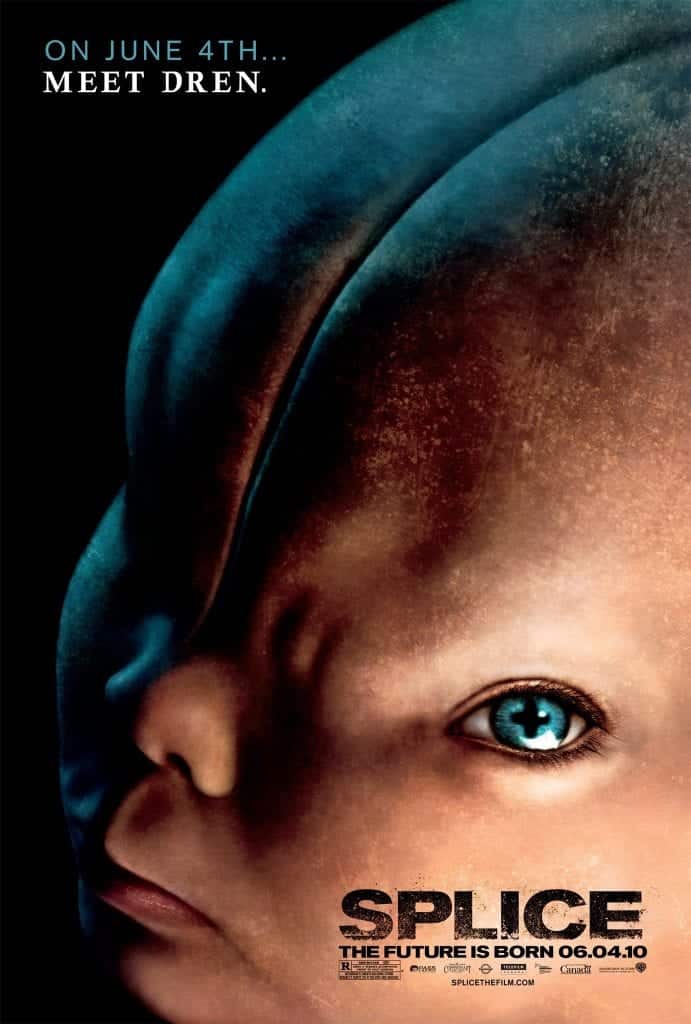 In this movie Vincenzo Natali, two scientists decide to ignore the ban on research using human embryos and try to illegally create a hybrid creature with the ultimate goal of achieving fame. Eventually, the scientists manage to experiment with human embryos without any funding and while still being required to do the research they’re paid to do. What happens next? The duo manages to splice the human DNA, and that results in a dangerous creature.

Annihilation is a science fiction psychological horror film released in 2018. The movie is written and directed by Alex Garland. The movie is based on an excellent book of the same name written by Jeff VanderMeer. Lena, a biologist and former soldier undertakes a mission to uncover the fate of her husband inside Area X- a sinister & mysterious phenomenon that is expanding across the American coastline. Once inside Area X, she discovers a world of landscapes filled with creatures. As dangerous it may seem, Area X is beautiful. Watch the movie to find out what happens next!

In this movie, the main character Lucy is mischievously asked by her boyfriend to deliver a suitcase in a business partner. The briefcase has a powerful blue crystalline synthetic drug (CPH4). While the delivery of the suitcase is in process, a Korean mob abducted her and converted her into a drug mule for trafficking drugs to different countries.  These criminals surgically implement the drug packet containing CPH4 into the stomach of Lucy. Once during a confrontation with one of the criminals, this drug packet of her stomach leaks and spread to her nervous system. Watch this excellent piece Luc Besson which has a unique plot and has bagged various awards.

One of the Best Biotech Movies, the movie tries to find out the cause of overpopulation and global warming. Biologically, overpopulation means to surpass the carrying limit of its ecological niche. This rise in population happens due to an increase in birth rate, drop in death rate, which leads to upsetting the ecological balance by depleting natural resources.

In this movie, a Norwegian scientist invents a process called “cellular miniaturization,” wherein the lab rat reduces to 1/100 of its size. The scientists then applied the process to the main character of the movie. Watch the movie to find out what happens next.

The biology concept of the film is Neurosurgery. The movie is about the life of a famous neurosurgeon Dr. Ben Carson at the John Hopkins Hospital. In the film, Carson’s beginning is as a poor student, and ultimately, he becomes a famous medical doctor in a prestigious university. In the history of neurosurgery, a medical team of 70 members was led by Dr. Carson to separate the conjoined twins Benjamin and Patrick Binder. After the operation, the twins had suffered some complications, but both survived. This operation by Dr. Carson is considered the first successful attempt to separate conjoined twins in the history of medical science.

I know, some of you by now will be like – “Hey, you missed out this movie… it’s my favorite”. True, there are hundreds of other mind-boggling science fiction movies worth watching but these are some of the relevant movies related to the Biotech field.

Sit Back, Relax and Enjoy with a Tub Popcorn!

Do let us know which one is your favorite Biotech Movie in the comment section below.