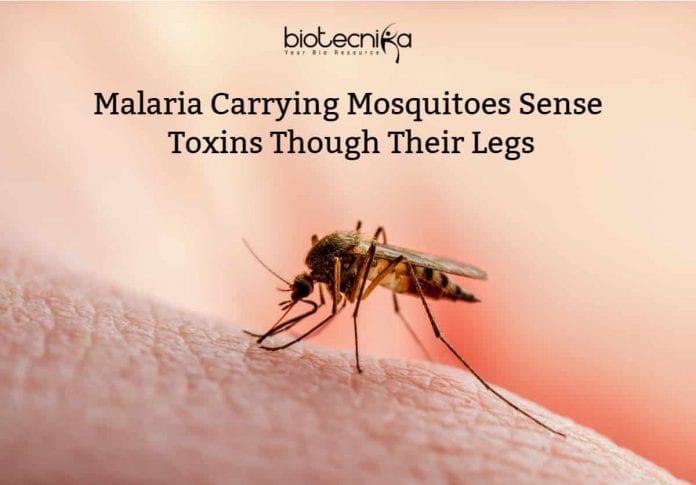 Scientists from the Liverpool School of Tropical Medicine in the UK have discovered the reason behind resistance shown in Malaria-carrying mosquito.

Proteins in the legs of malaria-carrying mosquitoes help them develop resistance to insecticides. This advancement in research may lead to new strategies against the disease, which kills nearly 4,00,000 people each year.

According to the researchers, insecticide-resistant populations of two malaria-carrying mosquitoes—Anopheles gambiae & Anopheles coluzzii express a family of binding proteins situated in their legs. Liverpool School of Tropical Medicine researchers concluded that this resistance mechanism might be contributing to the lower than expected efficacy of bed nets in Western Africa where these mosquitoes are widely found.

According to Victoria Ingham, The SAP2 protein, which is based in the malaria-carrying mosquito legs, comes into direct contact with the insecticide as they land on the net, making it an excellent potential target for the future additives to nets to overcome this resistance mechanism.

Studying the mosquitoes, the researchers proved that the binding protein, SAP2, was found elevated in resistant populations, and further elevated following contact with pyrethroids — the insecticide class which is used on all bed nets.

When scientists silenced the gene that coded for this protein, the susceptibility to the insecticide was restored. Due to resistance shown by the mosquitoes, new insecticide-treated bed nets containing two compounds called the piperonyl butoxide (PBO) as well as pyrethroid insecticides have been introduced.

Mosquito legs Sense Toxins- How To Combat The Resistance?

However, Malaria-carrying Mosquitoes are continually evolving new resistance approaches & the discovery of the current mechanism provides an opportunity to identify additional compounds that could be used to restore susceptibility.

According to the LSTM scientists, long-lasting insecticide-treated bed nets remain one of the critical interventions in malaria control.

Hilary Ranson from LSTM, as well as the co-author of the paper, said that this newly discovered resistance mechanism could provide us with an important target to block pyrethroid resistance and prevent the spread of malaria.