Unconditional love and care that’s what is synonymous with the word ‘Mother’ and we as Indians are blessed with one more magnificent unlimited love from river Ganga whom we fondly called as ‘Ma Ganga’.

Hello and welcome to another interesting chapter brought to you by Biotecnika. Today, We will share some interesting facts about one of the oldest and divine rivers of the world- Ganga, Ganga Purification.

Ganga is known to be a lifeline to an immense amount of people in India and is known to be the heartbeat of the spiritual life of the Hindu culture. Self-cleansing and healing power have always been associated with river Ganga. But lately, scientific research has also backed this claim. The water of Ganga has demonstrated an interesting bactericidal activity i.e. the ability to kill bacteria and as this puzzle unfolds it appears to be related to bacteriophages. These are the soldiers that kill bacteria by infecting them and hence ought to provide a very useful alternative to antibiotics in the form of phage therapy.

An important aspect related to these phages is that they are essentially harmless to humans as they are highly strain-specific. For eg. Let’s consider bacteria that causes Cholera ‘Vibrio cholerae’ the phage that will kill this life-threatening bacteria will be specific to it and won’t be effective towards any other cells and the most prominent thing about these phages is that they often target bacteria that are responsible for causing deadly diseases.

The river has been proved to have antibacterial properties and one of its proofs is that it can retain high amounts of Dissolved oxygen in tremendous polluted conditions as well. This fascinating bactericidal property of Ganges water was being found first by the British bacteriologist Ernest Hankin in 1896. He found that colonies of cholera bacteria which thrive in tap water they quickly die on encountering Ganges water. He further studied this phenomenon by boiling one sample of Ganges water and filtering another sample of Ganga. The findings were astounding as the filtered one continued to show an antibacterial effect while the boiled one did not. This concluded that the factor responsible for the antibacterial properties of Ganges was heat-labile.

After almost two decades, a Canadian microbiologist named Felix d’Herelle was working at the Institut Pasteur in Paris in 1916 and he found and explained the structure of Phages which are composed of proteins as an outer envelope with genetic material inside it. They also possess properties like being heat-labile which correspond perfectly to the Hankin’s findings.

Wow!! Self-cleansing and self-healing are an inspirational property of Ganges, isn’t it! Hence there is no Hindu tradition that is complete without the use of Ganga Jal. It is one of the best examples of freshwater ecosystems with its origin from Gangotri (Uttaranchal) and covering around 2525 km before it meets the Indian ocean and this meeting place is known as Ganga Sagar (W.B.).

But unfortunately, this symbol of purity is been dishonored by neglected and immature activities of Humans. Just like sometimes when we fail to appreciate our mother’s unconditional love likewise, we are exploiting the unconditional love given by the Ganges to us by overusing and polluting it. The figures related to the pollution caused by Humans are disturbing but cannot be ignored. Like the studies carried out with the help of the sponsorship given by the World Bank and its collaboration with the U.P. government have found out that around 9 -12% of the total disease caused in UP is contributed by drinking Ganges water. The reason is the coliform bacterial density which is in excess in around 2 lakh MPN as against the national water quality standard of 5000. Coliform presence is an indication of fecal pollution … and we are talking about its presence in the drinking water which is highly alarming. In the Central Pollution Control Board (CPCB) survey report published in 1985, it was found that around 1340 million liters of sewage produced each day from around 25 towns residing on the bank of Ganges was thoughtlessly pouring in the divine water. Apart from sewage waste, industrial waste, and around 6 million tons of fertilizers and 9000 tons of pesticides carried along with runoffs, a huge quantity of solid waste including thousands of animal carcasses and human corpse are released in the river every day. With respect to a report presented by CPCB, to National Green Tribunal (NGT) in August 2018, around as little as five out of 70-odd monitoring stations had water that is fit for drinking and almost seven of them are fit for bathing.

How can we expect bacteriophage alone to deal with this huge diversity of pollutants produced by Humans every single day?

As there are thoughtless people who are committed to polluting our Ganga there are thoughtful people who are committed to fighting this river pollution – Ganga Purification. One such global family created for this purpose is Ganga Action Parivar (GAP) which is dedicated to cleaning up river Ganga and also to deal with issues related to it. GAP work includes a huge plethora of services ranging from solid waste management to wastewater management and awareness regarding education with a vision of cleaning river Ganga.

In another interesting research carried out by Dr. Asha Lata Singh, assistant lecturer of Environmental Science at the Department of Botany, BHU was about using friendly bacteria to remove toxic pollutants from out national river Ganga. Her research was concentrated on the use of bacterial population which feeds and multiplies on pollutants to be used for developing a microbe-based cleansing technique. For this approach, these bacteria first need to be isolated from other present water of Ganga grown and then released. This brilliant method based on microbial cleansing techniques can be divided into two phases- the first will be an industrial unit which is responsible for discharging water into the Ganga and the second at sewage treatment plants (STP). Looking at this unique study it is so enchanting that we can use the healing powers that Ganga possesses itself to heal our respected river, Ganga.

Thus, looking at the biological remediations to clean Ganga – Ganga Purification – there are some promising bacteria and bacteriophages that can be utilized to treat toxic chemicals as well as toxic bacteria respectively.

We as humans must respect and take care of our natural ecosystems and most importantly clean up the mess that we have been creating since we speciated into Homo sapiens as this beautiful earth and its resources are just not created for us but for every species that live on it.

Thank you all and I hope that we will be careful and thoughtful about our actions next time while handling any natural ecosystem. 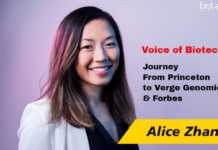 Alice Zhang – From Princeton to Verge Genomics and Forbes 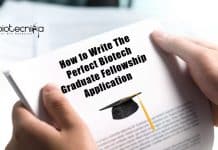